TEHRAN, January 31 - A river has turned an alarming “blood red” color in Russia, but experts do not know why. 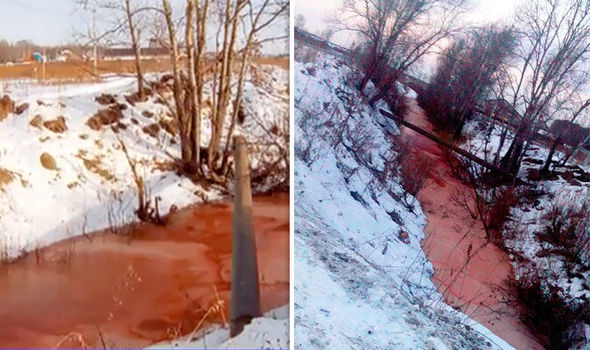 TEHRAN, Young Journalists Club (YJC) - The waters of the Molchanka have been a strange hue for a week amid fears that pollution could lead to health risks or threaten the drinking water in the city of Tyumen.

Officials in western Siberia have not released the results of a barrage of tests on samples taken from the river in a bizarre case state-owned news agency Itar-Tass has labelled a “Biblical bombshell”.

Worried locals suspect the dumping of unknown chemicals into the normally murky waters of the small Molchanka River, reported The Siberian Times.

One resident said: “This could be very serious.”

She warned: “The color doesn't seem to change in hue or intensity.”

A spokesman for state watchdog Rosprirodnadzor admitted “so far we have no assumptions as to what it could be.

“We have never dealt with this before so we are waiting for the results of tests.”

Alexander Rein, the head of Tyumen Region Water Resources and Ecology Department, told local Tumix news: “We are still to define the source of contamination.

Officials from the State Supervision Authority and Tyumen region administration are driving along the river, checking if this could have been caused by a dump from an enterprise.

“Water samples have been taken all along the contaminated area.

“We are working on the issue and hoping to get to the bottom of it within next 24 hours.”