TEHRAN, January 31 - The United Nations human rights office said on Wednesday it had identified 206 companies so far doing business linked to illegal Israeli settlements in the West Bank and it urged them to avoid any complicity in "pervasive" violations against Palestinians. 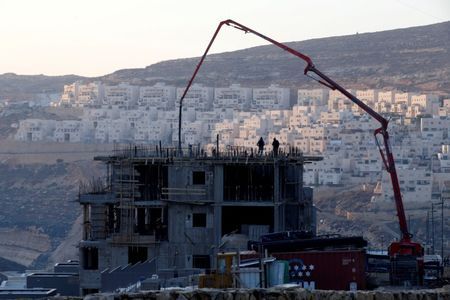 TEHRAN, Young Journalists Club (YJC) - Israel fears that companies in the U.N. "blacklist" could be targeted for boycotts or divestment aimed at stepping up pressure over its settlements, which most countries and the world body view as illegal.

"Businesses play a central role in furthering the establishment, maintenance and expansion of Israeli settlements," the U.N. report said.

The settlements alter the demographic composition of the occupied Palestinian territory, occupied by Israel in 1967, and threaten the Palestinians' right to determination, it said.

The majority of the companies, or 143, are domiciled in Israel or the settlements, followed by 22 in the United States, it said. The remainder are based in 19 other countries, including Germany, the Netherlands, France and Britain.

The report, which did not name the companies but said that 64 of them had been contacted to date, said that the work in producing the U.N. database "does not purport to constitute a judicial process of any kind".

But businesses operating in the occupied area have a responsibility to carry out due diligence and consider "whether it is possible to engage in such an environment in a manner that respects human rights", it said.

The office's mandate was to identify businesses involved in the construction of settlements, surveillance, services including transport, and banking and financial operations such as loans for housing that may raise human rights concerns.

Human rights violations associated with the settlements are "pervasive and devastating, reaching every facet of Palestinian life," the report said. It cited restrictions on freedom of religion, movement and education and lack of access to land, water and jobs.