TEHRAN, January 31 - More than 40,000 internally displaced people are without aid in Yemen’s second city Aden in the wake of a fight between separatists backed by the United Arab Emirates and rival forces loyal to Yemen's former President Abd Rabbuh Mansur Hadi, the UN says. 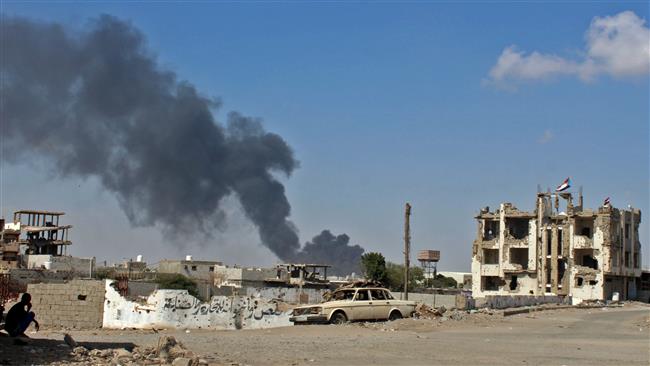 TEHRAN, Young Journalists Club (YJC) - The UN refugee agency (UNHCR) said on Wednesday that it had been unable to distribute aid since the separatists seized most of Aden at the weekend.

"UNHCR emergency aid distributions and humanitarian assessments planned this week for vulnerable, displaced Yemenis have now been postponed and UNHCR humanitarian cargo remains at Aden port unable to be released," the UNHCR tweeted.

"We are also particularly concerned for those newly displaced in Aden who have fled other areas in Yemen. More than 40,000 people fled to Aden and nearby governorates since December and we anticipate more displacement as people continue to flee from hostilities in the west coast," the agency added.

On January 28, the separatists launched their assault in Aden, taking control of a number of sites and military camps run by forces loyal to Hadi following intense clashes.

They swiftly seized the presidential palace in the southern port city.

The UAE has played a key role in the Saudi military campaign against Yemen, which was launched in March 2015 with the aim of reinstalling Hadi's government and crushing the Houthi Ansarullah movement that currently runs state affairs.

Prior to the offensive, Hadi had resigned and fled to Riyadh. The Saudi regime and its allies later managed to seize Aden from the Houthis and put it under the control of the ex-president’s officials.

Given its economic importance, Aden’s control would lend considerable leverage to any side exercising ultimate control over the port.

International charity Save the Children announced on Tuesday that it too had been forced to suspend its humanitarian work in Aden due to concerns over its staff’s safety.

Even before the latest fighting, the UN has listed Yemen as the world's number one humanitarian crisis, with some 8.4 million of its 22.2 million population at risk of famine.