TEHRAN, February 3 - Washington uses the alleged Russian threat as a pretext for its nuclear build-up, while the real purpose behind the new hawkish nuclear strategy is to pump money into the military complex, the Russian ambassador to the US told RT. 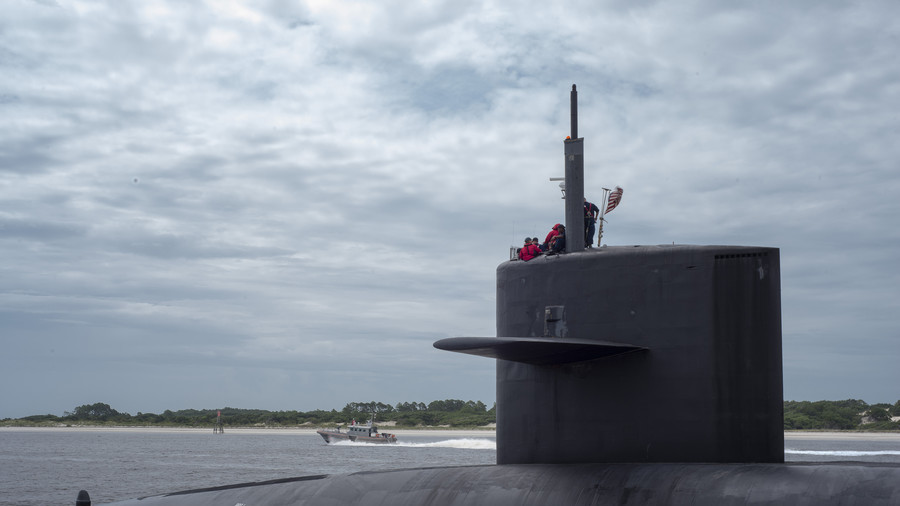 TEHRAN, Young Journalists Club (YJC) -Washington uses the alleged Russian threat as a pretext for its nuclear build-up, while the real purpose behind the new hawkish nuclear strategy is to pump money into the military complex, the Russian ambassador to the US told RT.

"The problem is that the Americans are again using Russia as a bogeyman to justify the rise in military spending and the nuclear buildup," Anatoly Antonov said, responding to the newly released US Nuclear Posture Review (NPR).

The document, which calls for a reciprocal response to a conventional nuclear threat, classes Russia as a major challenge to the US along with China, North Korea and Iran. Justifying the need to upgrade America's nuclear arsenal, the review warns of Russia modernizing its nuclear weapons program and alleges that Moscow is ready to “use force to alter the map of Europe.”

"We realize this comes from their desire to inject more money into the military industry sector, we know the price tag is trillions of dollars," Antonov said.

As part of its nuclear triad upgrade, Washington said it would modify its submarine-launched ballistic missiles (SLBM) so as to be able to carry lower-yield warheads; with a plan to eventually switch to sea-launched cruise missiles (SLCM) to deter Russia. Such measures are needed to counter “Russia’s non-compliance with the Intermediate-range Nuclear Forces Treaty [INF], its non-strategic nuclear arsenal, and its other destabilizing behaviors,” the review states.

Antonov dismissed US allegations that Moscow is in breach of its obligations under the 1987 INF treaty.

“I would like to state clearly that, as far as Russian obligations under any international treaties are concerned, we have been implementing them responsibly and accurately,” the ambassador said. He added that he would like a detailed discussion of the matter at the level of experts, and not through the media.

While the review states that the US does not want to see an “adversary” in Russia, the document repeatedly sounds alarm over Moscow’s actual and would-be nuclear capabilities. It alleges that the Russians are willing to use nuclear weapons first to “de-escalate a conflict on terms favorable to Russia.”

The Russian nuclear doctrine, however, states that the only scenario when it will deploy nukes is in retaliation to either a nuclear attack; the use of weapons of mass destruction; or conventional aggression on a scale which threatens the existence of the state.

America's nuclear build-up was key point of Trump's first State of the Union address earlier this week. To thunderous applause, he vowed to make the US nuclear arsenal “so strong and powerful” to deter any aggression.

Trump’s ambitious plan to “rebuild and modernize” the nuclear program might stumble due to the lack of resources, however, the former chief of the National Nuclear Security Administration (NNSA) said. Frank Klotz, who retired from the agency last month, said in a recent interview the agency is already at a “full capacity,” working on life extension programs for nuclear warheads and will need additional funds to process new tasks.

It's estimated that Trump’s nuclear-weapons upgrade would cost taxpayers some $1.2 trillion from 2017 until 2046, according to a US Congress Budget Office (CBO) report published in October.