US teacher accused of assaulting child for refusing to respect flag

TEHRAN, February 4 -A US public school teacher in the southwestern state of Colorado has reportedly assaulted a student for refusing to stand in class during the daily routine of reciting the Pledge of Allegiance to the American flag. 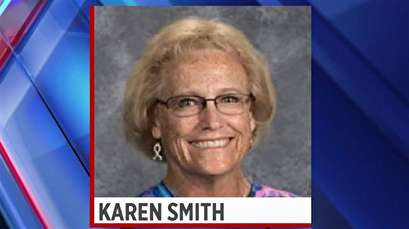 TEHRAN, Young Journalists Club (YJC) -A US public school teacher in the southwestern state of Colorado has reportedly assaulted a student for refusing to stand in class during the daily routine of reciting the Pledge of Allegiance to the American flag.

Lafayette City Police Commander Brian Rosipajla confirmed that officers responded to the school around noon time on Thursday and are investigating a report of a teacher assaulting a child for refusing to stand for the pledge.

This is while the spokesman noted that it is the practice of the Boulder Valley School District to allow students to sit or stand during the recitation of the pledge. He further underlined that he was neither confirming nor denying that the incident happened, adding that the teacher involved in the alleged assault is a 20-year veteran of the school district.

He also pointed out that the school district is cooperating with the Lafayette Police Department to probe the incident and refused to elaborate on the nature of the alleged abuse because the investigation is ongoing and concerns a “personnel matter.”

The school district sent out a letter attributed to the school's principal and two assistant principals on Thursday evening, informing parents that a substitute teacher would be filling in for Smith while the incident remains under probe.

"We are dedicated, as always, to supporting our students and ensuring that we have qualified educators working with them during their physical education time," the letter read.

The school’s principal, Mike Medina, also said he could not discuss the incident. No charges have been filed yet in the case.

The so-called Pledge of Allegiance has turned into a hot issue across the United States in recent years with professional and college athletes, students and some members of the military increasingly defying the ritual, citing what they regard as persisting practice of racial profiling and discrimination by American authorities.