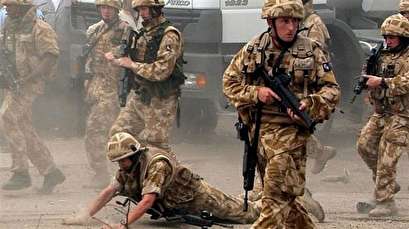 Professor Malcolm Chalmers, the deputy director general of the London-based military think tank the Royal United Services Institute, warned in a report that Brexit had put the government in a state of “policy paralysis,” taking away its ability to make “difficult decisions.”

“The government is increasingly perceived to be unable to make difficult decisions, distracted by Brexit and unable to play an international role that is commensurate with the resources it devotes to this purpose,” wrote Chalmers, who also serves as an adviser to the UK Parliament’s joint committee on the national security strategy.

“The longer this policy paralysis continues, the greater the risk to the UK’s reputation as a reliable ally, and the stronger the (unfair) perception that it is no longer capable of being a serious security player. With talks on the EU’s future relationship with the UK approaching a critical moment, this is not a helpful message,” he added.

Calling for more military spending, Chalmers stated that an ongoing review of the military budget by Prime Minister Theresa May’s government had to focus allocating more money to the military personnel as well, comparable in amount to what they spend for equipment.

The austerity plans considered by May might include taking away nine warships and 100 helicopters from the Royal Navy and Air Force while delaying tank upgrade.

May’s government has until 2019 to strike a Brexit deal with the EU.

The expert warned that social media and cyber espionage could be Russia’s main points of attack.

“As a result, in contrast to the operational experience of the two decades since 1990, the UK’s armed forces are having to put deterrence of a strong peer competitor at the heart of their preparations,” he further argued.