TEHRAN, February 6 -South Korea has postponed a proposed widening of capital gains tax on foreign buyers of Seoul stocks, the finance ministry said on Tuesday, after strong opposition from some foreign investors. 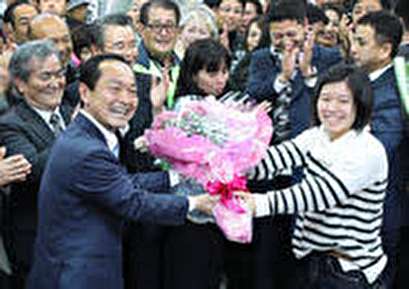 The ministry said in a statement that it would reconsider the capital gains matter in this year’s tax review.

Tuesday’s postponement comes after Finance Minister Kim Dong-yeon said last week that the government may delay the proposed widening of its capital gains tax on foreign investors, a measure strongly opposed by some investors.

After its annual tax code review in August 2017, South Korea said it was seeking to extend the tax base to take in more foreign investors and larger shareholders.

The August 2017 draft law proposed lowering the foreign ownership threshold at which the capital gains tax on listed securities transactions took effect to 5 percent from the current 25 percent of outstanding shares in the issuer.

South Korea’s parliament approved the ministry’s revised tax regulations in December, with the amended measures due to take effect in July.

A foreign investment banker, who declined to be identified, called the tax “totally unworkable” as a large amount of foreign share investments were made by mutual funds, making it difficult to trace the owners of shares.

The statement said the ministry delayed implementation because it wished to ensure necessary technical measures were in place before implementing the new law.

Such measures could include developing methods to calculate the taxpayers’ shareholding ratio and original cost of the stocks so that withholding agents (who collect the taxes) would be less burdened by the tax, the finance ministry said.

“The decision itself is very unlikely to have big impact on local stock markets as just a small number of investors would have been affected by the revised regulations,” said Cho Byung-hyun, a stock analyst at Yuanta Securities.

Cho said that despite measure’s limited effect on foreign investors, many had objected strongly to the revised tax believing it could affect them adversely.