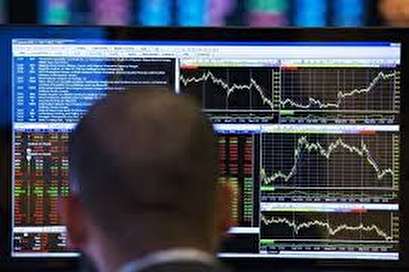 Bond yields across the bloc fell 3 to 5 basis points, after rising to multi-year highs in recent sessions on expectations strong growth and a pick-up in inflation would encourage central banks to pull away from ultra-easy monetary policies.

However, a rout in world stock markets, with U.S. shares sliding more than 4 percent on Monday with Asian and European stocks following on Tuesday, arrested the sell-off in bonds for now. Worldwide, equities have lost more than $4 trillion of in value since their peak in late January.

Germany’s 10-year bond yield, the benchmark for the bloc, was set for its biggest one-day fall in over two months. It fell as low as 0.695 percent, down 5 basis points on the day and below Monday’s more-than-two-year highs at 0.774 percent.

U.S 10-year Treasury yields fell from four-year highs to as low as 2.648 percent. Japanese government bond yields fell to their lowest in almost a month at 0.065 percent in European trade.

Both are seen, along with German Bunds, as safe havens.

European stock markets were down over 2 percent in early Tuesday trade.

“In the case of risk aversion, we might see support for core government bonds,” said Mathias van der Jeugt, head of market research at KBC. “But over the long term the (bond) sell-off will continue because growth is strong, inflation is rising and central banks are heading towards policy normalization.”

In a speech on Monday, European Central Bank President Mario Draghi said that the bank is increasingly confident that inflation will rise along with economic growth, but currency market volatility is a potential obstacle.

The European Financial Stability Facility (EFSF)will also launch its benchmark transaction on Tuesday. Greece is forecast by analysts to syndicate its new seven-year government bond for 2 billion to 3 billion euros ($2.5 billion to $3.7 billion).