Bitcoin sinking like a stone with cryptocurrency market in freefall

TEHRAN, February 6 - Leading cryptocurrency bitcoin has lost 24 percent in the last 24 hours, plunging to $6,000 on Tuesday. Bitcoin has lost more than two-thirds of its value in less than two months. 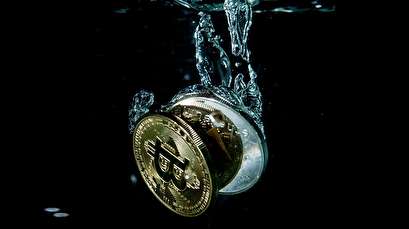 TEHRAN, Young Journalists Club (YJC) - Leading cryptocurrency bitcoin has lost 24 percent in the last 24 hours, plunging to $6,000 on Tuesday. Bitcoin has lost more than two-thirds of its value in less than two months.

The entire cryptocurrency market was in double-digit losses on the day. Ethereum was down almost 30 percent at $589, losing all the gains it saw this year. It peaked $1,433 less than a month ago. Ripple plunged to $0.59 from a high of $3.80 in January.

“There are quite a few reasons for the decline. Recently, the US financial authorities interrogated Bitfinex exchange, Indian authorities announced the possibility of a ban of cryptocurrencies. Many other states have decided to impose stricter regulation and control in this new financial market,” Gleb Zadoya, head of analytics at Analitika Online, said in an email to RT.

On Monday, Britain’s Lloyds Banking Group, which unites Lloyds Bank, Bank of Scotland, Halifax and MBNA, announced it bans cryptocurrency purchases from credit cards. The move was followed by the same decision from American giants Bank of America, JP Morgan Chase and Citigroup.

China's Financial News reported on Sunday that authorities will increase the pressure on virtual currency trading platforms, especially those that may have moved overseas following the Chinese ban on initial coin offerings in September.