TEHRAN, February 10 -China has put into combat service its new generation J-20 stealth fighter, a warplane it hopes will narrow the military gap with the United States, the Chinese air force said on Friday, making it operationally ready. 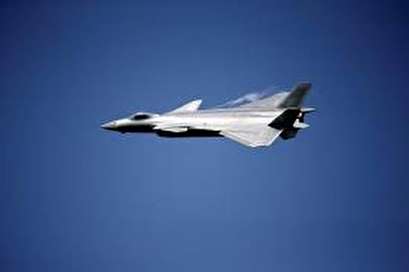 Chinese President Xi Jinping is overseeing a sweeping modernization of the country’s armed forces, the largest in the world, including anti-satellite missiles and advanced submarines, seeking to project power far from its shores.

In a short statement, the air force said the J-20 had been commissioned into combat units.

The J-20 will further raise the air force’s combat abilities and help the air force better carry out its “sacred mission” to defend the country’s sovereignty, security and territorial integrity, the air force said.

State media said early last year that the aircraft had entered service. The aircraft was shown in public for the first time in late 2016 at the Zhuhai airshow and was first glimpsed by Chinese planespotters in 2010.

However, questions remain whether the new Chinese fighter can match the radar-evading properties of the Lockheed Martin F-22 Raptor air-to-air combat jet, or the latest strike jet in the U.S. arsenal, Lockheed’s F-35. The F-22, developed for the U.S. Air Force, is the J-20’s closest lookalike.

China showed off another stealth fighter it is developing, the J-31, at the Zhuhai airshow in 2014, a show of muscle that coincided with a visit by U.S. President Barack Obama for an Asia-Pacific summit.

China hopes the J-31, still in development, will compete with the U.S.-made F-35 stealth aircraft in the international market, according to state media reports.

China’s air force is taking an increasingly active role in power projection, with exercises over both the disputed South and East China Seas and near to self-ruled Taiwan, which China claims as its own.