TEHRAN, February 27 - The Japanese government will contribute more than $5 million in aid to UNICEF to help rebuild schools damaged by the 3-year-long ISIS conflict. 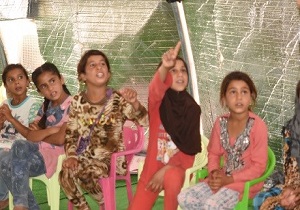 “Hundreds of schools have been heavily damaged and are no longer fit for purpose. Those schools that are functional are operating in two or three shifts to accommodate the needs of children,” stated Peter Hawkins, UNICEF’s Representative in Iraq.

The UN children's fund announced that Japan's pledge of $5.1 million in aid “will enable UNICEF to rehabilitate damaged schools in areas worst hit by the violence, train teachers, provide learning materials, and improve access to clean drinking water for over 500,000 people.”

“It is the fourth year in a row since Japan started the assistance for vulnerable Iraqi and Syrian people affected by the violence in these countries through its Supplementary Budget,” said Mr. Fumio Iwai, Japan’s Ambassador to Iraq.

The funds are for Nineveh, Anbar, Kirkuk, and Saladin provinces.

To support post-ISIS stabilization and return, foreign governments and other entities have focused on specific projects. The Iraqi reconstruction conference in Kuwait early this month garnered about one-third of the $80-100 billion sum wanted by Baghdad for projects.

“The assistance to UNICEF comes as part of the new package of humanitarian and stabilization efforts to Iraq amounting to approximately $100 million. Japan is determined to serve displaced people, returnees and refugees as well as host communities in Iraq, while supporting Iraq’s efforts for its development,” Iwai added.

UNICEF warned that some 4 million Iraqis need aid.“Although the immediate violence has come to an end, the needs of children in Iraq remain immense — 4 million children need assistance,” it stated.

UNICEF noted that “100s of schools have been heavily damaged and are no longer fit for purpose.”