TEHRAN, March 7 - Gary Cohn, the top economic adviser to U.S. President Donald Trump and a voice for Wall Street in the White House, said on Tuesday he would resign, a move that came after he lost a fight over Trump’s plans for hefty steel and aluminum import tariffs. 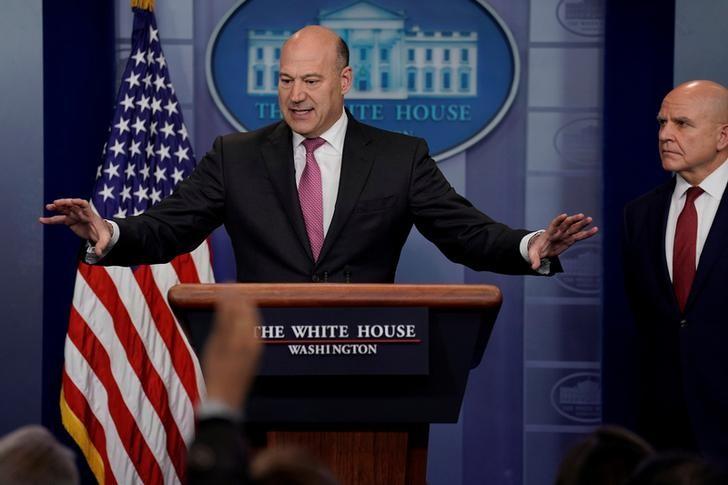 TEHRAN,Young Journalists Club (YJC) - The departure of Cohn, director of the National Economic Council, was expected to be finalized in a few weeks and will blow a hole in Trump’s already depleted advisory team at a time when the economy is growing but markets are volatile.

Trump said in a tweet on Tuesday night that he “will be making a decision soon” on replacing Cohn. Administration officials said Peter Navarro, director of the White House National Trade Council, and conservative commentator Larry Kudlow were the “top two candidates” for the job.

White House officials said the tariffs dispute contributed to Cohn’s decision to leave but that it was not the sole reason. One official cited several issues and noted: “His biggest mission was on the tax cut bill, which he got passed.”

It was the latest in a series of high-profile departures from the White House, which Trump downplayed on Tuesday.

Asked at a news conference with the Swedish prime minister about high staff turnover, Trump said: “Many, many people want every single job. ... I could take any position in the White House and I’ll have a choice of the 10 top people having to do with that position. Everybody wants to be there.”

Cohn told Trump about his decision to resign on Tuesday, but he and the president had been discussing his possible departure for weeks, a White House official said.

Cohn did not show up for Trump’s news conference on Tuesday, despite a seat being set aside for him.