TEHRAN, March 8 -American technology giant Google has allowed the US Defense Department to utilize its artificial intelligence technologies in military drone projects, stirring concern among experts who think such cooperation is not ethical. 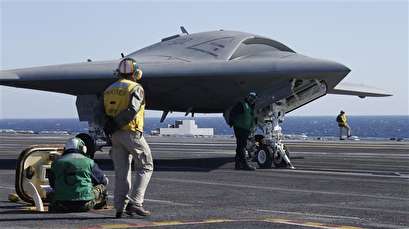 TEHRAN,Young Journalists Club (YJC)-American technology giant Google has allowed the US Defense Department to utilize its artificial intelligence technologies in military drone projects, stirring concern among experts who think such cooperation is not ethical.

The US military and CIA have long been using drones to carry out targeted killings and surveillance around the world.

It has been revealed now that the Pentagon is using Google’s TensorFlow AI systems in Project Maven, which was established in July 2017 to analyze data and video footage.

The data will then be used to conduct more precise attacks by drones against targets in other countries, including Syria and Iraq.

Maven is one of the many US drone projects aimed at automatically and quickly singling out points of interest so that analysts can work more efficiently in pinpointing new targets.

The Pentagon has so far spent $7.4 billion on AI and data processing. The use of machine learning and artificial intelligence tools has allowed military experts to easily analyze vast amounts of footage captured by the US military’s fleet of over 1,100 drones.

“People and computers will work symbiotically to increase the ability of weapon systems to detect objects. Eventually we hope that one analyst will be able to do twice as much work, potentially three times as much, as they’re doing now. That’s our goal,” said Drew Cukor, chief of the DoD’s Algorithmic Warfare Cross-Function Team.

Google says the current cooperation in AI is in its first stages and will expand over time. Responding to internal criticism, the company charged that its advanced tools are only used for “non-offensive” purposes.

“This specific project is a pilot with the Department of Defense, to provide open source TensorFlow APIs that can assist in object recognition on unclassified data. The technology flags images for human review, and is for non-offensive uses only,” said a Google spokesman.

That explanation is not enough for those Google employees who think their work is being used for attacks that have on many occasions led to civilian deaths.

Through the formation of the Defense Innovation Board in 2016, the Silicon Valley has advised American military officials to adopt breakthrough technology developed by technology pioneers such as Microsoft and Amazon.

Lt. Gen. John Shanahan, director for defense intelligence overseeing Project Maven, said in an intelligence conference with tech companies last year that he wished Google would share more of its knowledge with the Pentagon.

“On the far end of the scale, you see Google. They don’t tell us what they have, unless anyone from Google wants to whisper in my ear later,” he joked.