TEHRAN, March 8 - Hundreds of people protested against the renewed Trans-Pacific Partnership (TPP) deal in Santiago on Wednesday, just a day before representatives of 11 different nations sign it. 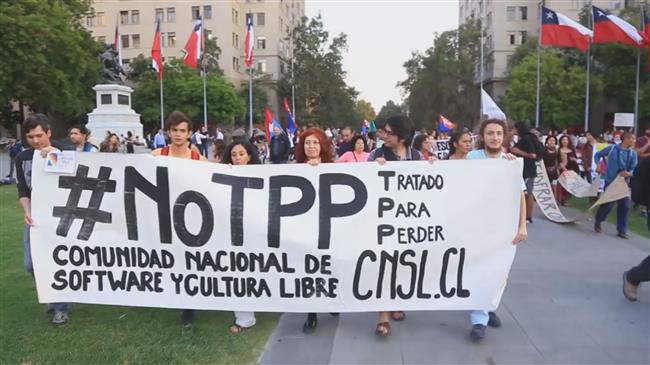 "This is like a gateway for Monsanto in all its magnitude, for hydroelectric, to extract everything they want to extract. There will also be problems with medications as there will be no generic medications [public medicines of lesser value], therefore poor people will be much poorer and sicker," said Patricia Dedos Verdes, a protester.

The signing of the TPP deal follows a renewed push for its enforcement after the United States withdrew from it on US President Donald Trump's demand. Representatives from Australia, Brunei, Canada, Japan, Malaysia, Mexico, New Zealand, Peru, Singapore and Vietnam will join Chile in signing the treaty.