TEHRAN, March 9 - More than two million children suffer from severe malnutrition in the Democratic Republic of the Congo (DRC). They are at risk of dying if they do not get the needed assistance. That is what the United Nations has warned. 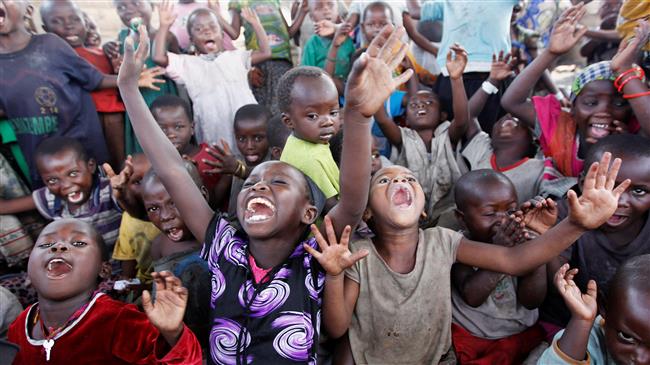 TEHRAN,Young Journalists Club (YJC) - In Geneva, Jens Laerke, a UN spokesman, said during a briefing on Friday that the UN's humanitarian chief Mark Lowcock would meet donors next week in the violence-torn country.

"We have a great responsibility in the DRC... now is the time to stay the course," he said.

Some 300,000 children of the two million children at risk of starvation are in Kasai, one of the country's most troubled regions, said Bettina Luescher of the UN's World Food Programme.

The United Nations said earlier this year it would seek more than $1.5 billion to respond to the worsening humanitarian crisis in the Democratic Republic of the Congo, warning the country was at a "breaking point."

The DRC is suffering from growing insecurity. New conflicts are erupting as President Joseph Kabila struggles to maintain his grip on power after his constitutional term in office expired in December 2016.

Armed groups are active in the eastern provinces of North Kivu and South Kivu, which border Uganda, Rwanda, Burundi and Tanzania.

Violence has also erupted in the central region of Kasai. There a tribal chieftain known as the Kamwina Nsapu, who rebelled against Kabila's regime, was murdered in September 2016.

Another conflict is flaring up in the country’s Ituri province between the Hema and Lendu communities.