TEHRAN, March 12 -U.S. officials on Sunday defended President Donald Trump’s decision to meet with North Korean leader Kim Jong Un, saying the move was not just for show and not a gift to Pyongyang. 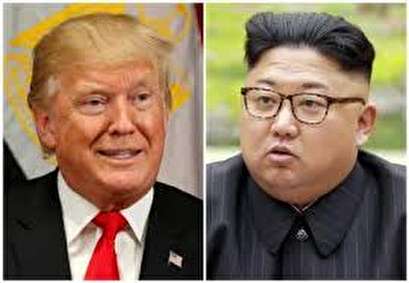 TEHRAN,Young Journalists Club (YJC) -U.S. officials on Sunday defended President Donald Trump’s decision to meet with North Korean leader Kim Jong Un, saying the move was not just for show and not a gift to Pyongyang.

The United States expects North Korea to halt all nuclear and missile testing in advance of any meeting, Pompeo and Treasury Secretary Steve Mnuchin said on Sunday news shows.

The goal of the meeting remains denuclearization of the Korean Peninsula, something Kim has agreed to discuss, they said. Pompeo said U.S. military exercises in the region would continue in the lead-up to the talks.

The Republican president agreed on Thursday to accept an invitation from the North Korean leader to meet by May after months of escalating tensions over Pyongyang’s advancing nuclear and missile programs.

Trump would become the first sitting U.S. president to meet with a leader of the reclusive country. The two men would face each other after a public volley of insults, with Trump calling Kim “Little Rocket Man” and Kim referring to Trump as a “dotard.”

No venue or date for the meeting has been determined, but Trump’s prompt acceptance set off a flurry of activity.The South Korean officials who carried Kim’s invitation to Washington will split up to visit the leaders of China and Japan this week to update them on the talks, a South Korean presidential official said on Sunday.