TEHRAN, March 15 - As Hong Kong’s judges and senior lawyers paraded in ceremonial wigs and gowns on Jan 8 to mark the start of the legal year, anxieties over China’s growing reach into the city’s vaunted legal system swirled with the wintry winds. 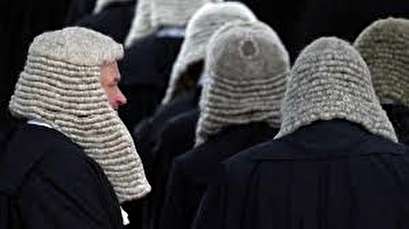 TEHRAN,Young Journalists Club (YJC) - As Hong Kong’s judges and senior lawyers paraded in ceremonial wigs and gowns on Jan 8 to mark the start of the legal year, anxieties over China’s growing reach into the city’s vaunted legal system swirled with the wintry winds.

At a private cocktail reception with leading judges before the event, one of the topics of discussion was concerns over Beijing’s influence in the judiciary, according to one participant who requested anonymity.

Hong Kong’s judges are increasingly expressing such fears in private, concerned that interpretations and amendments from China’s parliament could soon force them to curb the city’s freedoms, according to interviews with four veteran judges, as well as with sources close to several others.

The judges interviewed said that while they believe the independence and integrity of the judiciary remains intact, such interpretations could effectively mean Beijing is telling them what to do, limiting their authority on key political and security issues.

“We know Beijing has their own fears” over Hong Kong, said one judge, a veteran of Hong Kong under both British and Chinese rule. “But if they interpret too frequently, the risk is they will leave us nothing left on which to rule.”

Such remarks are highly rare from Hong Kong judges, who tend to be cautious and are prevented by convention from publicly raising political issues.

Hong Kong’s rule of law is widely seen as a cornerstone of the former British colony’s international reputation as a business hub, key to protecting its autonomy from a Communist Party leadership wanting greater control.

Any erosion of that reputation could undermine Hong Kong’s relative attractiveness as a business center for investors compared to mainland Chinese cities like Shanghai or Shenzhen, or regional rival Singapore.

Neighboring Macau too has been facing such pressures.

China’s Hong Kong and Macau Affairs Office, which is overseen by China’s cabinet, the State Council, did not immediately respond to questions from Reuters.

Hong Kong’s legal and social freedoms are far greater than those that exist across mainland China. And, like Hong Kong’s separate legal traditions that are based on common law, they are detailed in a mini-constitution known as the Basic Law under a “one country, two systems” formula.

While Beijing’s leaders publicly say they respect Hong Kong’s rule of law as part of its high degree of autonomy, some judges and lawyers remain skeptical.

“There is a marked climate of unease among my peers” that “wasn’t there a few years ago,” said a second judge.

With the prospect of President Xi Jinping ruling China indefinitely following the scrapping of term limits this month, anxieties have resurfaced over his stance towards Hong Kong.

In a landmark speech in the city last June, Xi warned that Beijing would brook no challenge to its authority. In previous speeches he has suggested a blurring of the separation of powers between the government and judiciary in Hong Kong.

For some, the situation highlights an awkward contradiction within the Basic Law: even as it guarantees Hong Kong’s judicial independence, the document still grants final power of interpretation to a committee of the National People’s Congress, China’s parliament.

That puts the parliament beyond Hong Kong’s top Court of Final Appeal, a body that includes leading jurists from Britain, Australia and other common law jurisdictions.

Some judges have also expressed concern to Chief Justice Geoffrey Ma, according to people familiar with the situation.

“They use the constitution as a protector of their rule, not as a protector of civil rights,” said Audrey Eu, a senior barrister and former democratic politician, referring to Beijing. “They can interpret it any way they like.”