TEHRAN, March 15 -The special election in Pennsylvania’s 18th Congressional District was still too close to call on Wednesday but the winner could soon have to start campaigning all over again - in a different district against a different opponent for the November congressional elections. 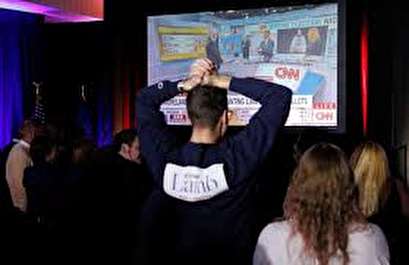 TEHRAN,Young Journalists Club (YJC) -The special election in Pennsylvania’s 18th Congressional District was still too close to call on Wednesday but the winner could soon have to start campaigning all over again - in a different district against a different opponent for the November congressional elections.

That is because the 18th District, as currently drawn in southwestern Pennsylvania, will cease to exist because of a recent court order that set new boundaries for every district in the state.

Democrat Conor Lamb, who was slightly ahead in the race for the seat in the U.S. House of Representatives on Wednesday, likely will start campaigning in the new 17th District. Republican Rick Saccone, should he still have a political future after failing to handily win a district Donald Trump carried by 20 points in 2016, might try for the seat in the newly drawn 14th District.

The political game of musical chairs could once again make western Pennsylvania hard-fought ground. Districts that were once considered solidly Republican and that voted for Trump in the 2016 presidential election now look winnable by Democrats.

Pennsylvania’s top court ruled in January that the state had been unfairly gerrymandered by Republican legislators, with districts shaped in order to include voters apt to favor their party. Pennsylvania Republicans, including eight U.S. congressmen, have filed a federal lawsuit challenging the new map.

“It’s a much more competitive map,” said Eric McGhee, a political scientist at the Public Policy Institute of California who helped craft an analysis of the new districts by PlanScore.org.

Saccone, a conservative four-term state representative from Elizabeth Township, lives in the newly drawn 18th District that will skew Democrat because it includes the strongly Democratic city of Pittsburgh.

But Saccone has already said he intends to run in the new 14th District, which will include much of the current 18th and strongly Republican communities to the west of it.

Political analysts label the new 14th District safely Republican. It has a higher share of people who have not studied past high school and its median household income, at about $55,000, is lower than the old 18th District’s $65,000, according to PlanScore’s analysis. Saccone might want to move to the new district, although Pennsylvania law does not require candidates to run in the districts where they live.