TEHRAN, March 15 - US President Donald Trump’s new nominees for secretary of state and CIA director are deeply troubling because of their past endorsements of torture, according to Human Rights Watch (HRW). 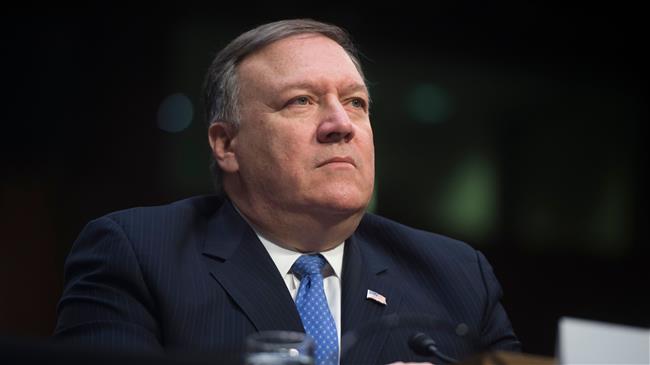 TEHRAN,Young Journalists Club (YJC) - Trump’s nomination of Mike Pompeo to head the US State Department and Gina Haspel the CIA “do not bode well for US commitments to uphold basic rights and the rule of law at home and abroad,” the US-based rights group said Wednesday.

Last year, Human Rights Watch opposed Pompeo to be CIA director partly because of his prior endorsement of torture. During his Senate confirmation hearing in January 2017, Pompeo failed to explicitly renounce the US government’s use of torture and mass surveillance.

In a speech in January, he implicitly endorsed coercive methods, saying that if CIA officers said they “missed an opportunity to obtain information from a detainee … we’re going to begin to move heaven and earth to make sure that something like that does not ever happen again.”

Trump fired Tillerson on Tuesday after a series of public rifts over issues including Iran, Russia and North Korea. He nominated Pompeo to replace Tillerson. Trump also tapped Haspel, the CIA’s second-in-command, to lead the spy agency.

“Now, by nominating a secretary of state and a CIA director with a history of endorsing abusive practices, the Trump administration not just runs the risk of eroding US law on torture and other ill-treatment, but US engagement in the international legal system more broadly,” it added.

Haspel is reported to have run a CIA “black site” in Thailand as part of a US program that used torture after the September 11, 2001 terror attacks. She was directly involved in the CIA’s notorious and unlawful rendition, detention, and interrogation program.

“The US government should investigate Haspel for past violations, not nominate her for higher office,” HRW said.

Some Democratic senators consider the promotion of Haspel to deputy director of the CIA as a clear sign that the Trump administration intends to reestablish the use of torture techniques such as waterboarding and sleep deprivation.

Trump insisted in a televised interview last month that he “absolutely” thinks that water boarding works and would consider reinstating it as senior administration officials see it necessary.