Russia hints Trump-Kim meeting should not be hindered

TEHRAN, March 17 -Russia says calls by US administration officials that North Korea take certain actions before a meeting is held between US President Donald Trump and North Korean leader Kim Jong-un are meant to torpedo that summit. 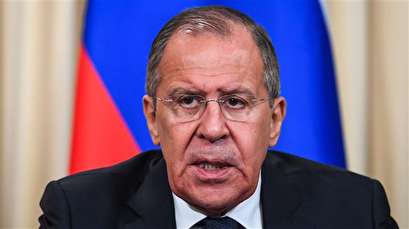 TEHRAN,Young Journalists Club (YJC) -Russia says calls by US administration officials that North Korea take certain actions before a meeting is held between US President Donald Trump and North Korean leader Kim Jong-un are meant to torpedo that summit.

Trump was recently briefed by South Korean officials who had earlier met with Kim. Soon after the briefing, the US president said a meeting was being planned between him and the North Korean leader “by May.”

Russian Foreign Minister Sergei Lavrov called those remarks “provocation,” according to a report by TASS on Friday.

“Even when US President Donald Trump said he was ready to meet with North Korean leader Kim Jong-in and settle all the problems, US presidential administration officials rushed to say that further pressure on Pyongyang was needed as it had backed down,” Lavrov told Vietnamese and Japanese media before a visit to Vietnam and Japan.

“Such things are not practices in diplomacy,” he said. “When a meeting is agreed, the sides typically try to cherish such an agreement rather than call for actions that can be seen as provocations aiming to break down a summit.”

North Korea, already under numerous harsh UN and other international sanctions, has resisted the pressure campaign led by Washington to try to force Pyongyang to halt its weapons program.

Recently, however, Pyongyang and Seoul started a series of overtures, raising hopes for a possible resolution of the crisis on the Korean Peninsula, in which the US is also involved.

Lavrov also expressed hope that the American and North Korean leaders would meet.

“It filled us with hope when the North Korean and US leaders, Kim Jon-un and Donald Trump, announced their readiness to meet personally. If such a meeting does take place, we will be only happy,” he said.

Russia’s top diplomat also hailed the progress in relations between Seoul and Pyongyang and wished “success to forthcoming contacts, first of all, to the inter-Korean summit, which, according to our colleagues, is to take place in April.”

The two Koreas have been improving ties since January, when Pyongyang announced its willingness to participate in the Winter Olympics, a decision that led to the historic visit to the South by Kim’s sister, during which an invitation was extended to President Moon Jae-in for a visit to Pyongyang.

The two neighbors have been separated by a heavily-militarized border since the end of the Korean War in 1953.