TEHRAN, March 31 -India and Pakistan have reached an agreement to resolve through talks issues related to the mistreatment of their diplomats. 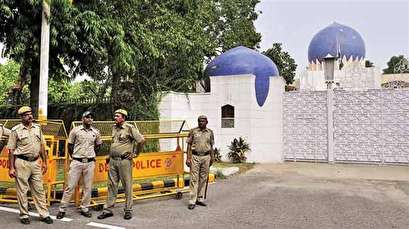 TEHRAN, Young Journalists Club (YJC)-India and Pakistan have reached an agreement to resolve through talks issues related to the mistreatment of their diplomats.

India’s Ministry of External Affairs made the announcement in a press release on Friday, saying that the two sides sought to ease tensions over the harassment of diplomats by reiterating a code of conduct arrived at in the early 1990s.

Pakistan’s Foreign Office also issued a similar statement, noting that the issues would be addressed under the Code, which provides for “smooth and unhindered functioning” of the diplomatic and consular officials of the two countries.

The agreement came after a series of harassment incidents took place in the first week of March, when a senior Pakistani diplomat’s vehicle was stopped and damaged in New Delhi.

The following day, the vehicle of Pakistan’s deputy high commissioner was also chased by unknown individuals in a car and on a motorcycle. The assailants dragged the driver out of the car and hurled abuses at him.

Pakistan claimed that there had been as many as 26 instances of harassment and intimidation of its diplomats since March 7.

New Delhi claimed on several occasions that Indian diplomats had to deal with unauthorized entry into their premises and also random interceptions of their cars.

In one incident, India’s residential complex in Islamabad was reportedly raided by Pakistani agencies, which disconnected power and water supply.

Other complaints raised by Indian diplomats included aggressive surveillance, the violation of physical space, and the tailing of officers in close and dangerous proximity.

In a separate development on Friday, India’s High Commissioner to Pakistan Ajay Bisaria said both countries needed to avoid violence and normalize relations in order to boost bilateral trade to $30 billion.

Calling for the removal of non-tariff trade barriers between India and Pakistan, the Indian envoy said there was no better way of improving bilateral relations than mutually beneficial economic ties.

“Both Pakistan and India need to take more steps to remove [the] non-tariff barriers that are a major impediment to bilateral trade relations,” Bisaria said.

“At present, over $5 billion trade is being done through third country [sic] but after removal of non-tariff barriers, liberalization of visa, and normalization of mutual relations, the two-way trade could touch a high $30 billion,” he said.

India and Pakistan have been locked in a dispute over the Kashmir region for decades. The two nuclear-armed rivals claim the region in its entirety and have fought three wars over it.