TEHRAN, April 03 - NATO has crossed a line with its “unjustified” military build-up on Russia’s doorstep, Russian envoy to NATO Aleksandr Grushko has warned. 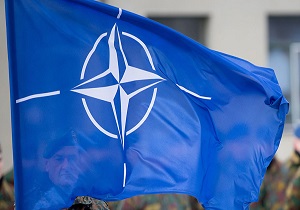 TEHRAN, Young Journalists Club (YJC) - NATO has crossed a line with its “unjustified” military build-up on Russia’s doorstep, Russian envoy to NATO Aleksandr Grushko has warned. He added that global security cannot be ensured without Russia.

Relations with states neighboring Russia never developed “military dimensions” despite strained relations with some of them, including with the Baltic states, Grushko said. But the situation has now changed, thanks to the military bloc, he told a discussion panel at the Valdai Club on Tuesday.

“Now, thanks to NATO, we have a military dimension, it was their choice, they crossed the red line,” Grushko said.

While the West has been trying hard to isolate Russia and fuel anti-Russian hysteria, international security is the only thing that suffers from this approach.

“Neither NATO nor the European Union can create some isolated safe havens,” the diplomat stated, adding that any such attempts were doomed to failure. The creation of solid security systems cannot succeed without Russia, according to Grushko.

The situation on Russia’s doorstep is also reminiscent of “Cold War schemes,” which should have already been buried as they were proven to be inefficient, the diplomat said.

However, if the alliance turns its back on Russia, it will only harm its own security. “If they do not want dialogue, then there won’t be any. It takes two to tango, as you know, it will be a conscious choice of the alliance,” Grushko said.