TEHRAN, April 05 -Philippine Communist guerrillas are willing to resume peace talks with the government after President Rodrigo Duterte revived the idea but reject any preconditions, their leader said on Thursday. 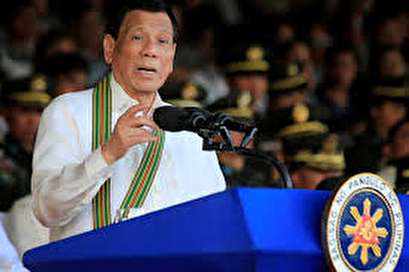 TEHRAN, Young Journalists Club (YJC) -Philippine Communist guerrillas are willing to resume peace talks with the government after President Rodrigo Duterte revived the idea but reject any preconditions, their leader said on Thursday.

Duterte campaigned in 2016 on a promise to end the nearly 50-year Maoist rebellion, which has killed more than 40,000 people, by finding a political solution but he abandoned peace efforts in November complaining of repeated rebel attacks.

On Wednesday, he ordered his cabinet to work on a truce to enable talks. It was not immediately clear what prompted the change of heart.

Jose Maria Sison, founder and leader of the Communist Party of the Philippines (CPP) who has been living in exile in the Netherlands since the late 1980s, said the two sides can resolve any differences during negotiations.

“There should be no preconditions on the resumption of peace talks,” Sison said in a radio interview, adding both sides should “bring different positions on issues to the table in order to thresh out the differences and arrive at agreements”.

Jesus Dureza, a presidential adviser, said in a radio interview there should be no attacks from either side before talks resume and the rebels had to stop their practice of extortion.

These were not conditions, he said, only moves to create an “enabling environment”.

The New People’s Army has attacked mines, plantations, construction and other businesses and collected “revolutionary taxation” to finance its rebellion.

Duterte’s spokesman, Harry Roque, said the president also wanted the rebels to drop their plan to join a coalition government because “that is absolutely not on the bargaining table”.

Sison said both sides must comply with previous agreements and “remove all obstacles and hindrances to the peace negotiations” without identifying any issues.

The government and the communists’ political wing, the National Democratic Front, have been in on-again, off-again negotiations since 1986. Previous agreements have fallen apart when the government re-arrested rebels who served as consultants in the talks.