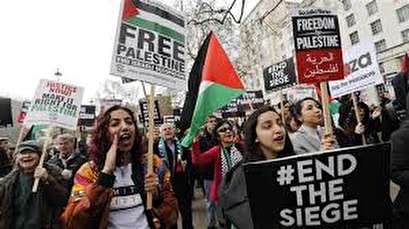 According to Yemen's Arabic-language al-Masirah satellite television network on Saturday, the Sudanese forces were killed as Yemeni forces ambushed their convoy in the northwestern province of Hajjah.

During the attack, large amounts of Saudi weaponry, including several tanks, was also destroyed.

Earlier in the day, Yemeni army troops, backed by Popular Committees’ fighters, killed an unspecified number of Saudi troopers after their vehicle came under a volley of Yemeni Katyusha rockets in the Arab kingdom’s southwestern region of Jizan.

The incident took place several hours after Saudi warplanes launched a number of airstrikes in Yemen’s northwestern province of Hajjah. In one of the airstrikes against a residential building in the town of Mastaba, at least a woman and five children lost their lives.

The Saudi aggression was launched in March 2015 in support of Yemen’s former Riyadh-friendly government and against the country’s Houthi Ansarullah movement, which has been running state affairs in the absence of an effective administration.

The offensive has, however, achieved neither of its goals despite the spending of billions of petrodollars and the enlisting of Saudi Arabia's regional and Western allies.