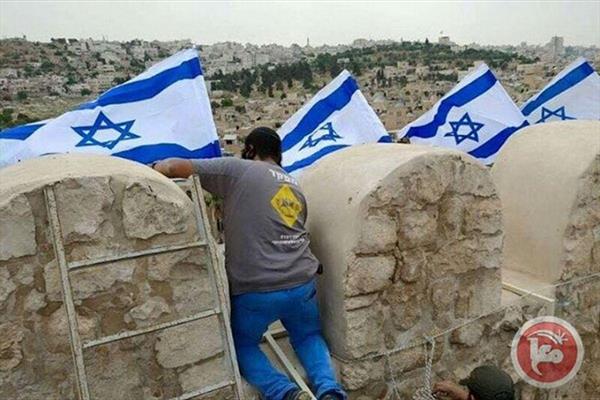 TEHRAN, Young Journalists Club (YJC) - Under a heavy armed police presence the settlers placed the flags on top of the Muslim holy site to “celebrate the Palestinian Nakba or what they say is Israel’s independence”, the Director of Islamic Endowments in Hebron, Ismail Abu Halawa, said.

“This is considered part of the Israeli efforts to judaise the Ibrahimi Mosque,” he added.

The Palestinian official stressed that “all the Israeli violations against the holy site are being carried out under the power of guns, including partitioning it in the wake of the 1994 massacre.”

Israel and settlers violate Islamic holy sites on a daily basis, he added.