TEHRAN, April 18 - A complaint has been filed by a coalition of human rights groups against Italian government officials and a major European arms manufacturer over their alleged involvement in the aerial bombing of Yemen. 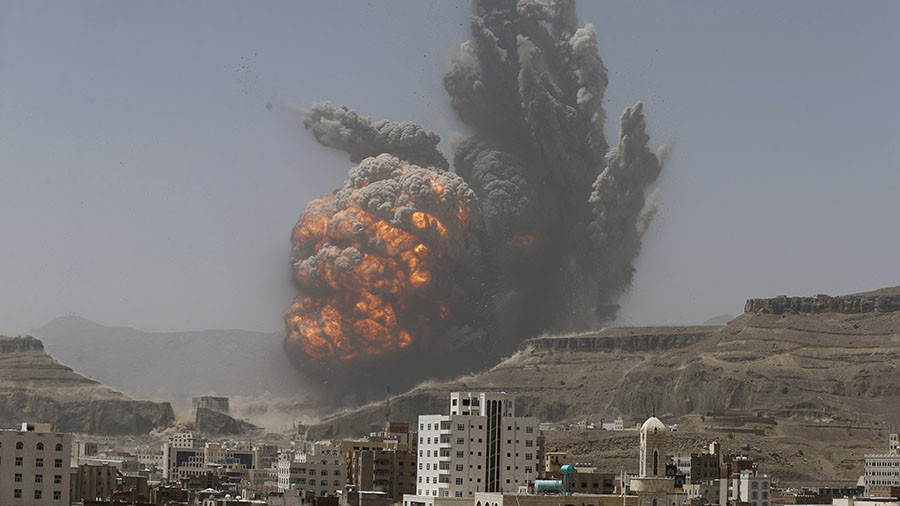 TEHRAN, Young Journalists Club (YJC) - The legal action was launched by the Berlin-based European Center for Constitutional and Human Rights (ECCHR), the Yemen-based Mwatana Organization for Human Rights, and the Italian Rete Italiana per il Disarmo. They filed the lawsuit with the prosecutors’ office in Rome.

The lawsuit aims to challenge arms exports by officials from the Italian Foreign Ministry and the local subsidiary of the German conglomerate Rheinmetall, RWM Italia, to Saudi Arabia.

The human rights groups focused on the October 8, 2016 bombing in Yemen, which left a family of six dead, including four children. They expressed hopes that concentrating on a specific well-documented incident could increase their chances of success.

“What makes this case special are the remnants found at the site of the airstrike,” Linde Bryk, a Dutch lawyer who worked in Kosovo and is now with the ECCHR, told The Guardian.

According to Mwatana, among the fragments that it found at the site of the 2016 attack on the village of Deir al-Jari in Hudaydah (north-west Yemen) was a suspension lug for holding bombs in place. Mwatana arrived at the site of the bombing the day after the incident to interview witnesses and gather evidence. The human rights organization sent pictures to the Italian news agency Ansa last year.

According to the complaint, the serial number on the lug identified it as part of a batch manufactured in June 2014 by RWM Italia. “This case is emblematic as it not only concerns Italy’s role but the general question on the responsibility of European governments and European arms manufacturers for the consequences of arms exports used by the Saudi-led coalition,” Bryk said.

The civil war which broke out in Yemen in 2015 prompted the Saudi-led intervention. Since then, the country endured what has been called the world’s worst humanitarian crisis. According to the UN Office of the High Commissioner for Human Rights, almost 6,000 civilians had been killed and 9,500 wounded between March 2015 and February 2018. Millions were left displaced and on the brink of starvation.

Statistics showed the Saudi-led coalition conducted over 16,600 air raids, with roughly a third of them targeting non-military sites. Almost 1,500 of them hit residential areas. Amnesty International says at least 36 of them violated international laws and may have constituted war crimes. “Despite the reported violations in Yemen, Italy continues to export arms to members of the Saudi-led military coalition,” said Francesco Vignarca from Rete Disarmo.

She explained: “This is contrary to Italian law 185/1990, which prohibits arms exports ‘to countries engaged in armed conflict.’ Furthermore, it is in contrast with the binding provisions of the EU common position on arms export control and the international arms trade treaty.”

If the Italian prosecutors’ office declines to pursue the October 2016 case, the human rights groups may go to higher courts, including the International Criminal Court, which so far has not been investigating events in Yemen.