TEHRAN, May 7 - A US pastor who is being tried in Turkey on charges of terrorism and espionage has rejected the allegations against him as “shameful and disgusting.” 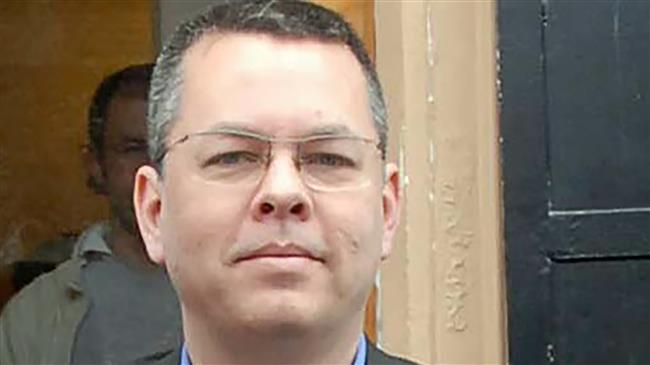 TEHRAN, Young Journalists Club (YJC) – Andrew Brunson, arrested in December 2016 pending trial, said Monday in his second hearing that testimonies of anonymous witnesses in court against him were simply baseless.

Prosecutors have previously accused Brunson of having links to Fethullah Gulen, a Turkish cleric based in the US whom Ankara blames for the 2016 coup attempt against the government of President Recep Tayyip Erdogan.

Secret witnesses also told the Monday hearing that Brunson had helped Kurdish militants in northern Syria, whom Turkey views as an arm of the outlawed Kurdistan Workers’ Party (PKK), by providing US forces in the Arab country with coordinates to deliver weapons to militants.

“I am helping Syrian refugees, they say that I am aiding the PKK. I am setting up a church, they say I got help from Gulen’s network,” said Brunson, Christian pastor from North Carolina who has lived in Turkey for more than two decades.

“My service that I have spent my life on has now turned upside down. I was never ashamed to be a server of Jesus but these claims are shameful and disgusting,” he told the court in Aliaga, an Aegean town north of Izmir, Turkey’s third largest city, where Brunson has been serving a small Protestant congregation.

Brunson’s trial has sparked wide condemnations from the US government. In a last month tweet, which came after the pastor’s first court appearance, US President Donald Trump said the trial simply had “no reason.”

“They call him a spy, but I am more a spy than he is,” Trump said, vowing that Brunson would return home soon.

However, many believe Turkey would not easily free Brunson, saying the Ankara government is trying to use the pastor’s case as a way of pressuring the US to hand over Gulen, a decision that seems highly unlikely given the current strained relations between the two countries, over a number of issues, including the Syria war.

Gulen, who runs a vast network of religious and cultural institutions in various countries across the world, has denied any involvement in the July 15, 2016 coup. Turkish authorities have, nonetheless, jailed or dismissed tens of thousands over links to Gulen and his network.