TEHRAN, May 11 - Azerbaijan Republic deputy foreign minister said on Thursday that one can say that a comprehensive agreement on the Caspian Sea legal regime has been achieved. 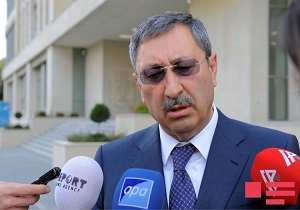 TEHRAN, Young Journalists Club (YJC) – Talking to reporters on Thursday, Khalaf Khalafov added that drafting the convention on Caspian Sea legal regime has come to an end and working meeting of the five littoral states will be convened in Astana after May 20.

Following the expert meeting, holding a meeting at the level of foreign ministers of Caspian Sea littoral states is on the agenda, he said.

“All the parties have political resolve to approve the legal regime convention and it will certainly be signed if the summit of leaders of the Caspian Sea littoral states convenes,” the Azeri deputy foreign minister said.

At present, talk at the senior expert level are underway, he said, hoping that legal regime’s convention would be signed during the summit of the Caspian Sea littoral states.

The issue of Caspian Sea's legal regime gained importance following the disintegration of the Soviet Union and the emergence of new independent states.

The five have been engaged in talks since the early 90s to create a legal regime to determine their territorial rights.

Some four summits and 49 gatherings of working groups for compiling new legal regime for Caspian Sea have so far been held.