TEHRAN, May 11 - A military-diplomatic source said Russia has completed the delivery of the first regimental set of the air defense system S-400 to China. 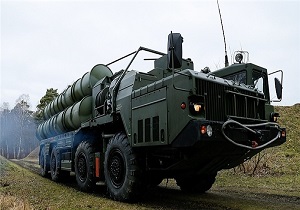 TEHRAN, Young Journalists Club (YJC) – A military-diplomatic source said Russia has completed the delivery of the first regimental set of the air defense system S-400 to China. A third ship carrying missing support equipment has arrived at its port of destination. China will begin acceptance procedures at the end of May.

"The last batch of military equipment for the first regimental set of S-400 systems has been delivered by sea from Ust-Luga, the Leningrad Region, to China," the source told TASS, adding that "The ship has brought the equipment not damaged during a December storm in the English Channel and the damaged equipment after repairs."

A regimental set of S-400 systems was dispatched to China by three ships.

Russia’s federal service for military-technical cooperation said last January that during a heavy storm in the English channel support equipment on board one of the three ships was affected.

The transport ship had to return to the port of departure for re-examination of the affected components for defects.

At the beginning of April it was announced that the first two ships carrying the bulk of the equipment had arrived in China.

Now that the third ship has arrived, the full regimental set of S-400 systems is in China, according to the source.

Russian specialists will begin the handover of the military equipment to China at the end of May. The whole procedure will take about two months.

The federal service for military-technical cooperation has refrained from comment.

The conclusion of a contract with China for the supply of S-400 systems was announced in November 2014.

Presidential aide for military-technical cooperation Vladimir Kozhin confirmed the conclusion of the contract in November 2015.

China is the first foreign customer of these air defense systems. It is to obtain two regimental sets of S-400.