TEHRAN, May 13 - Beijing is the largest holder and buyer of the US Treasury securities despite the two countries being engaged in a spiral of mutual trade restrictions. 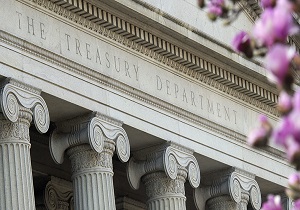 TEHRAN, Young Journalists Club (YJC) – Beijing is the largest holder and buyer of the US Treasury securities despite the two countries being engaged in a spiral of mutual trade restrictions.

In one year, China has increased its holdings of the US debt from $117 billion to $118 trillion despite the harsh rhetoric from the White House. One of US' closest allies Japan, on the contrary, has sold $56 billion in treasuries over the period to $1.059 trillion. RT talked to an analyst who explained why it is not the other way round.

“The US enemy in the ‘trade war’ not only does not sell American securities, but also buys them at a record pace. For example, in February, China acquired more treasures than any other country,” Mikhail Mashchenko, an analyst at social network for investors eToro told RT.

At the same time, Japan has been selling the US debt since 2015, and in February they sold more than any other country; their holdings are now at the level of 2012, the analyst added.

“Quite possibly, in the case of Japan, we are dealing with a combination of several reasons: difficulties with the economy, too expensive funding for purchases of US securities because of the difference in risk-free rates and the search for more profitable instruments. The country actively buys bonds of Germany and France, whose economies have all the chances to show greater growth than the US,” Mashchenko added.