TEHRAN, May 17 - The growing exports of Russian grain to China have reached historic levels this agricultural year, according to Russia’s food safety regulator Rosselkhoznadzor. 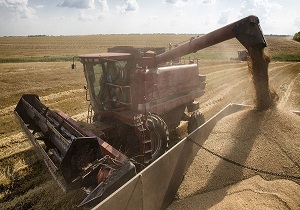 The watchdog said that 1.23 million tons of grain has been supplied to the Chinese market since last July. Exports stood at 503,000 tons in the previous agricultural year, Rosselkhoznadzor told TASS.

The Russian Ministry of Agriculture forecasts overall grain export growth to be 52 million tons by the end of this agricultural year (to June 30).

According to Rosselkhoznadzor, China is thirteenth among top importers of the Russian grain and could get into the top ten shortly.

The two countries are currently constructing a new grain transportation port in Fuyuan, China. It will create shipping routes for grain harvested in Russia by Chinese enterprises.

The port connecting Russia and China is to be completed by September 2019 and will have an annual capacity of 650,000 tons. The new shipping route is expected to dramatically cut costs compared to ground transportation that has been used in the past.

Russia’s Prime Minister Dmitry Medvedev said this month that sales of grain abroad have grown significantly in the first months of 2018, up by more than 42 percent.

Last year, Russia exported $21 billion worth of grain which exceeded the country’s military arms sales, according to Medvedev.

Russian exports of agricultural products and foodstuffs have grown 16-fold since 2000. In 2016, Russia became the world leader in wheat exports. Since the early 2000s, the country’s share of the world wheat market has quadrupled, from four to 16 percent.