FBI spying on 2016 campaign could be 'bigger than Watergate': Trump

TEHRAN, May 17 - US President Donald Trump has said a recent report saying the FBI under former President Barack Obama spied on the Trump campaign during the 2016 presidential election could be "bigger than Watergate." 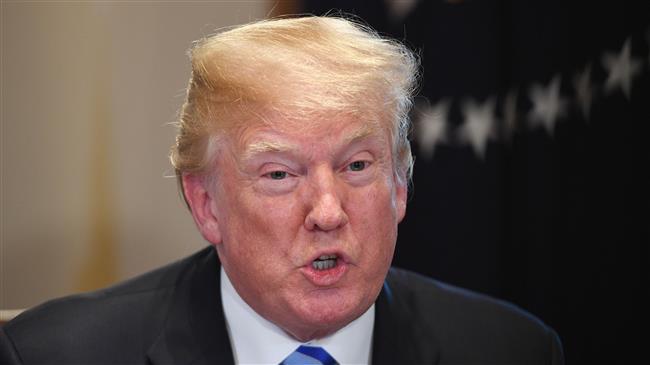 "Wow, word seems to be coming out that the Obama FBI “SPIED ON THE TRUMP CAMPAIGN WITH AN IMBEDDED INFORMANT,” Trump wrote on Twitter on Thursday morning.

“’There’s probably no doubt that they had at least one confidential informant in the campaign.’ If so, this is bigger than Watergate!” he added.

Last year, Trump accused his predecessor of intercepting his communications at his offices in Trump Tower in New York City just before the November 2016 election.

He also said that Obama abused his power and spied on his campaign fearing that his team was connected to Moscow. Trump, however, offered no evidence to support his accusations.

“Terrible! Just found out that Obama had my 'wires' tapped,” the president tweeted in March 2017.

Experts say electronic surveillance of a US citizen by American intelligence agencies would require a warrant approved by a FISA court judge.  Presidents do not have the authority to order such wiretaps and would not even be aware of them as a routine matter.

The spying accusation came after Breitbart News had reported about the claims made by right-wing radio host Mark Levin that Obama had executed a “silent coup” on Trump through “police state” tactics.

Former White House chief strategist Stephen Bannon was the executive chair of Breitbart before he joined Trump’s campaign team in 2016.

In September last year, the US Justice Department said there was no evidence to support Trump's claim that Obama had ordered a wiretap of Trump Tower the election.

"Both FBI and NSD (the National Security Division) confirm that they have no records related to wiretaps as described by the March 4, 2017 tweets,” the Justice Department said.