Iran petrochem not to be affected by sanctions: Official

TEHRAN, May 18 - The mechanisms that were devised during the period of previous sanctions for exporting petrochemicals are still preserved, therefore the industry will not be affected by sanctions re-imposed by the US, a top Iranian official said. 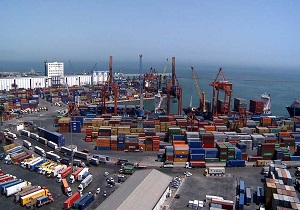 TEHRAN, Young Journalists Club (YJC) - Commenting on any possible implications of the US withdrawal from Iran nuclear deal for the country's petrochemical industry, the Managing Director of Iran's Petrochemical Commercial Co. Mahdi Sahrifi told Islamic Republic News Agency (IRNA) on Thursday that with the mechanisms the industry has established over the last 20 years, Iran's petrochemical industry will not be affected.

'Even following the JCPOA, some trade difficulties, including banking issues, were not totally removed, so the US withdrawal from the deal will not leave such a big effect.'

Responding to a question on the possible reimposition of US sanctions on ships and insurance of petrochemical consignments by foreign companies, the official said, 'In the past, we had been faced with such problems that were resolved through insurance consortiums formed by domestic firms.'

He also called for a boost in Iran's fleet as an important factor in boosing employment, and a support for managing the insurance issue of the ships.

Iran with a 23.6 percent share of the total amount of petrochemical production in the Middle East ranks 2nd in the region.