TEHRAN, May 30 -The reported killing of Russian journalist Arkady Babchenko on Tuesday in Kiev was actually a ruse played by the Ukrainian law enforcement to prevent a planned hit, the Ukrainian authorities said. 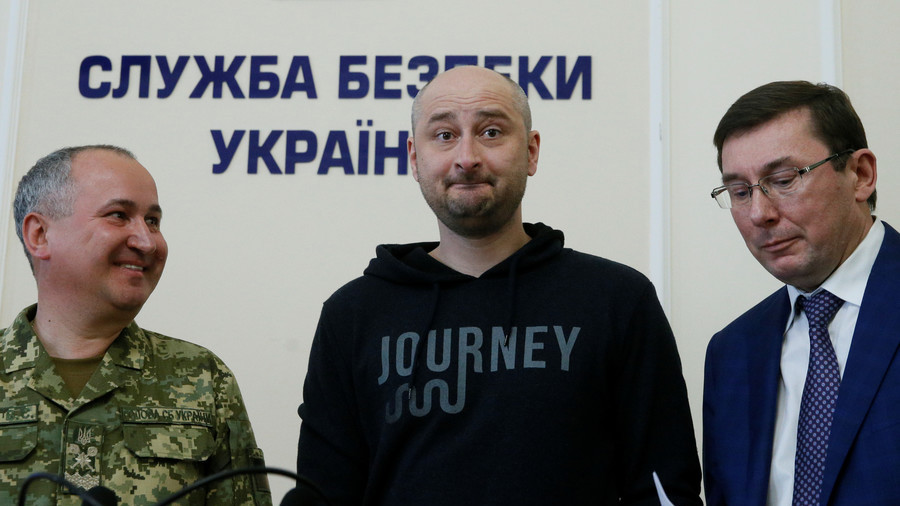 He claimed that the SBU had information about a planned assassination attempt on the journalist and acted to derail the plot.

“I want to congratulate his family, all of us and the entire world, which is watching it, and congratulate Babchenko with a third birthday,”Gritsak wrote on his Facebook page.

'Third birthday' was a reference to the journalist’s supposedly last post, in which he described narrowly avoiding death on May 29th a couple of years ago.

After reports of Babchenko’s killing, some Ukrainian officials rushed to accuse Russian intelligence services of masterminding the assassination. It was not immediately clear whether those officials did so as part of the spectacle or simply followed their usual habit of pinning every high-profile crime in Ukraine on Moscow.

The change of Babchenko’s status from murder victim to SBU agent didn’t stop Kiev from making accusations against Moscow. Gritsak insists that there was a hit on Babchenko ordered by the Russian intelligence. He claimed the contract to kill was worth $30,000 and that the organizer of the crime was arrested.

Babchenko himself said the staging of his death was executed as part of a wider SBU operation to prevent “massive terrorist attacks” in Ukraine.

“As far as I know, this operation was in the pipeline for two months. I was let in the loop a month ago. Over this month I say the guys worked really hard. They were constantly in contact with me. We deliberated, thought things out, acted. And this covert action was the result,” he told journalists.

Commenting on the development to Interfax, Konstantin Kosachev, the chair of the Foreign Relations Committee in the Russian Senate, called the apparent ruse “a stage in a series of delusional actions of the Ukrainian authorities directed at Russia”. He said he regretted that Babchenko agreed to be part of it.