TEHRAN, June 17 - Colombians choose a new president Sunday in a landmark election, the first since a peace agreement with FARC rebels which conservative frontrunner Ivan Duque wants to overhaul. 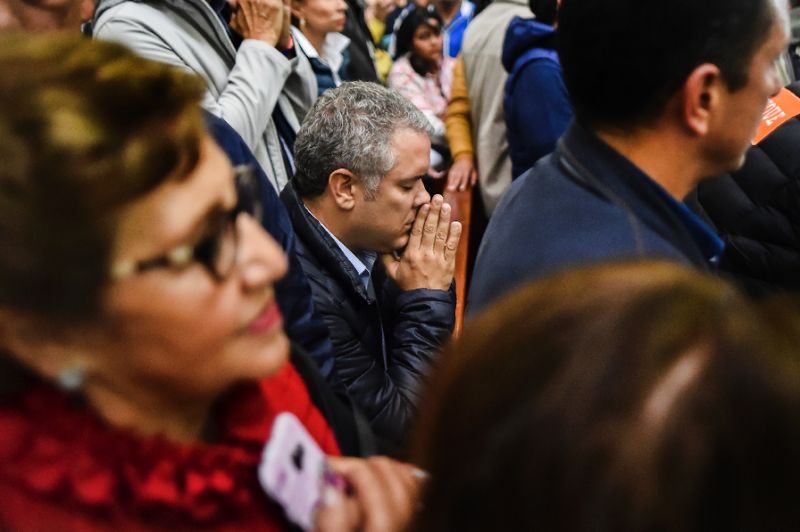 TEHRAN, Young Journalists Club (YJC) - Offering a starkly different choice to voters is Duque's opponent, leftist former mayor and ex-guerrilla Gustavo Petro, who supports the deal in what has come to resemble a referendum on the 2016 agreement.

"We have a country without FARC, which is building peace," President Juan Manuel Santos, who will step down in August, said ahead of the poll. His efforts to end the war with FARC brought him the Nobel Peace Prize, though he is leaving office with record unpopularity in a country of 49 million people.

Duque comfortably won the first round last month, having campaigned on a pledge to rewrite the agreement signed by Santos.

Vehemently opposed to the peace deal, 41-year-old Duque says he would revise it in order to sentence guerrilla leaders guilty of serious crimes to "proportional penalties."

The former economist and first-term senator says he wants to cut off their access to representation in Congress, enshrined in the agreement, under which FARC transformed itself into a political party.

Duque is buoyed by the backing of his popular mentor, former president and now senator Alvaro Uribe, whose two-term presidency from 2002-2010 was marked by all-out war on the FARC.

Petro, 58, is the first leftist to reach a presidential runoff in Colombia, and believes his presence shows the South American country has shed its suspicions of the left, tainted by 50 years of conflict.

A former member of the disbanded M-19 guerrilla group, he says he will implement the agreement with FARC, which has transformed itself into a political party amid a struggle to integrate its 7,000 ex-combatants into civilian life.

Highlighting Colombia's glaring inequalities during his campaign, Petro has said that if elected he will buy out land owned by the big agro-industrial companies and redistribute it to poor farmers.