TEHRAN, June 18 - Israeli troops have detained 20 people in the northern West Bank over claims that they were members of the Palestinian resistance movement Hamas. 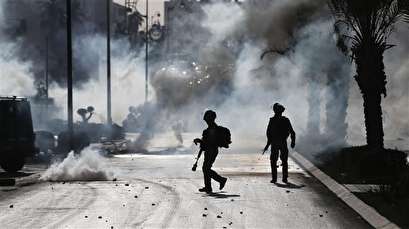 TEHRAN, Young Journalists Club (YJC) -Israeli troops have detained 20 people in the northern West Bank over claims that they were members of the Palestinian resistance movement Hamas.

On Sunday, the Tel Aviv regime claimed that the those detained were planning a "serious attacks" against Israeli targets in Nablus city.

The arrests demonstrate once again the will and efforts of Hamas to put in place terrorist infrastructure to commit attacks in Israel," claimed Israeli internal spying service the Shin Bet.

On May 12, Israeli military forces arrested more than a dozen Palestinians, including prominent writer and political analyst Ahmad Qatamish, during separate overnight operations across the occupied West Bank.