TEHRAN, July 03 - The UN slammed Tuesday the devastating impact of Yemen's three-year conflict on children, with some 2,200 minors killed, and many more going hungry, forced to fight or dying from preventable diseases. 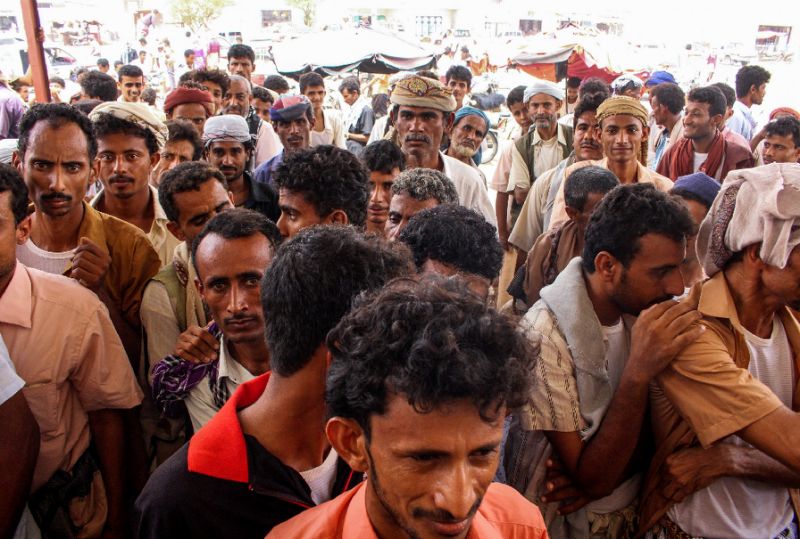 TEHRAN, Young Journalists Club (YJC) - "The relentless conflict in Yemen has pushed a country already on the brink deep into the abyss," warned Henrietta Fore, the executive director of the UN children's agency.

Fore, who has just returned from a visit to the war-ravaged country, said in a statement she had seen "what three years of intense war after decades of underdevelopment and chronic global indifference can do to children."

Nearly 10,000 people have died since a Saudi-led military coalition began fighting in Yemen in 2015.

UNICEF said Tuesday that at least 2,200 children had been killed and 3,400 others injured.

"These are only numbers we have been able to verify. The actual figures could be even higher," Fore said, insisting that "there is no justification for this carnage."

But conflict deaths and injuries are only one part of the suffering inflicted on Yemen's children.

Fore pointed out to journalists in Geneva that millions of children were out of school and many were being forced to fight with different sides in the conflict.

Others were being married off, going hungry and dying from preventable diseases like cholera, she said.

Children make up half of the some 22 million people in Yemen who rely on humanitarian aid to survive.

Fore warned that fears that the country's healthcare and education systems would collapse had basically materialized, with international humanitarian aid the only thing warding off full-blown catastrophe.

"The worry about collapse has now passed beyond that," she said, pointing out that many health workers and teachers in the country had now gone without pay for two years.

Some 1,500 schools have been damaged in airstrikes and shellings in the past three years, she said.

"The needs are enormous," she said.

In a bid to avoid full collapse, UNICEF and the World Bank are providing some nine million people with small amounts of cash in a bid to allow them to purchase bare necessities like food and medicine.

Some 70 percent of imports to Yemen, where eight million people face imminent famine, flow through the port of Hodeida.

"In Hodeida, as in the rest of the country, the need for peace has never been more urgent," Fore said.

She called for all parties to the conflict and those with influence to rally behind efforts by the UN envoy for Yemen Martin Griffiths to negotiate an end to the fighting in Hodeida and to relaunch peace talks for all of Yemen, AFP reported.