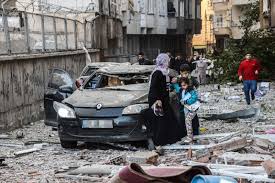 TEHRAN, Young Journalists Club (YJC) - Anadolu Agency said the attack occurred late Tuesday on a road near the town of Yuksekova, in Hakkari province, which borders Iran and Iraq.

The woman died instantly while her 11-month-old son died in hospital, Anadolu reported. They were driving back from a visit to her husband who is a sergeant in the Turkish army.

The Kurdistan Workers' Party, or PKK, has waged a three-decade old insurgency in Turkey's mostly Kurdish southeast region. The conflict has killed tens of thousands of people.

The group is considered a terror organization by Turkey and its Western allies.