TEHRAN, August 2 - Cauchar Birkar has become the second Iranian, after the late Maryam Mirzakhani, to win the Fields Medal, the most prestigious prize in the field of mathematics, at the age of 40. 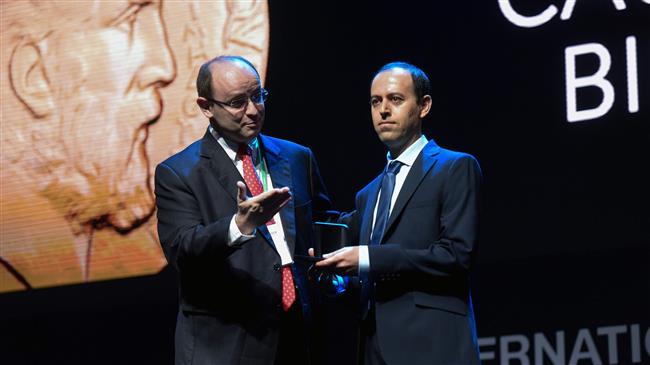 TEHRAN, Young Journalists Club (YJC) - The medal, regarded as the Nobel Prize for mathematics, was awarded to Birkar at the International Mathematics Convention (ICM 2018) in Rio de Janeiro, Brazil, on Wednesday.

According to the citation for his award released by the International Congress of the International Mathematical Union (IMU), he won the prize “for his proof of the boundedness of fano varieties and for contributions to the minimal model program.”

Birkar shared the award with Akshay Venkatesh, 36, an Australian based at Princeton and Stanford universities; Alessio Figalli, 34, from ETH in Zurich; and Peter Scholze, 30, from Bonn University.

Birkar was born in Marivan, a Kurdish city in western Iran, which was heavily affected by the eight-year-long Iraqi war on Iran during the 1980s. He went on to study mathematics at the University of Tehran before traveling to the UK in 2000 as a refugee.

He became a PhD candidate in pure mathematics.

He is currently a full professor of mathematics at the University of Cambridge.

“When I was in school it was a chaotic period, there was the war between Iran and Iraq and the economic situation was pretty bad,” said Birkar at the award ceremony. “My parents are farmers, so I spent a huge amount of time actually doing farming. In many ways it was not the ideal place for a kid to get interested in something like mathematics.”

He added that at early age, he was introduced to more advanced mathematical techniques by his older brother.

Prof. Ivan Fesenko of the University of Nottingham, who was one of Birkar’s PhD supervisors, highly praised Birkar’s talent.

“He is very, very smart; you start to talk with him and you recognize that he can read your thoughts several steps ahead. But he never uses this to his advantage; he is very, very respectful and he gently helps people to develop further,” he added.

In a bizarre twist, Birkar’s prize was, however, stolen in the crime-ridden Rio de Janeiro shortly after the ceremony. Organizers lamented the theft, saying in a statement that the IMU “profoundly regrets the disappearance of the briefcase of mathematician Cauchar Birkar, which contained the Fields Medal he received at this morning’s ceremony.”

The award is given to between two and four people every four years and is a medal made of 14-karat gold and measuring 6.35 cm in diameter.

Back in 2014, Iranian national Maryam Mirzakhani was awarded the coveted Fields Medal at the age of 40, becoming the first Iranian and the first woman to have ever been awarded the prize.

Mirzakhani, who used to teach at Stanford University, passed away due to breast cancer in July last year.