TEHRAN, August 2 -China says it is “fully prepared” for the US threats to escalate the ongoing trade war between Washington and Beijing, stressing it will have to fight back to protect its dignity and the interests of its people. 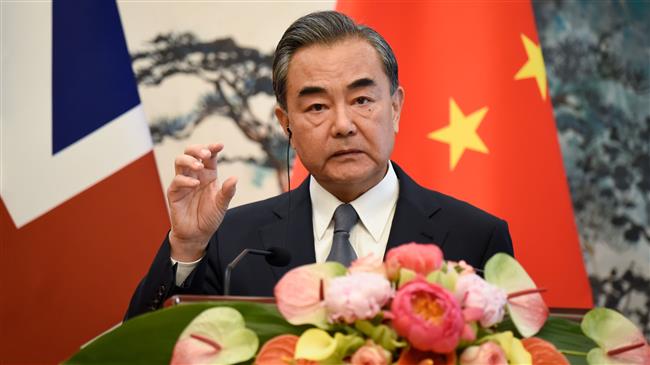 TEHRAN, Young Journalists Club (YJC) - The Ministry of Commerce of the People’s Republic of China made the comments in a statement released on Thursday as the administration of US President Donald Trump has already sought to increase pressure on China for trade concessions by proposing a 25-percent tariff on $200 billion worth of Chinese imports.

It added that Beijing upheld the use of dialogue in a bid to settle disputes but noted that equal treatment and keeping to promises “are pre-requisites for dialogue.”

US Trade Representative Robert Lighthizer said on Wednesday that Trump had ordered a higher 25-percent duty on Chinese products from a previously proposed 10 percent, because Beijing has resisted Washington’s demands and has introduced retaliatory tariffs on American goods.

"We would advise the United States to correct its attitude and not try to engage in blackmail. This won't work on China," Geng said, adding, “Secondly, we would advise the US side to return to reason, and not blindly let emotions affect their decisions, because in the end this will harm themselves.”

Chinese Foreign Minister Wang Yi also said that tariffs would not resolve the trade imbalances that Washington claim exist between the world’s two largest economies, urging the White House to “calm down” and listen to the voice of the international community.

Wang, speaking on the sidelines of a meeting with Southeast Asian foreign ministers, stressed that pressure from the US would have no impact on any trade negotiations.

Washington imposed 25-percent duties on $34 billion of imports from China in early July, as a first step in a possible series of increases that Trump says could affect up to $550 in Chinese imports.

Beijing, for its part, announced that its tit-for-tat duties had taken effect on $34 billion of US goods that included soybeans and electric vehicles. It also blasted American unilateralism and filed a complaint with the World Trade Organization against the new US-proposed tariffs.

China warned the US that it would have no choice but to take “necessary countermeasures” against Washington.