TEHRAN, August 3 - A senior Canadian human rights attorney described the situation in Yemen as “the largest man-made humanitarian crisis on the Planet” and said a halt to the US, British, and French weapons sales to the Saudi-led coalition can force the aggressors to negotiate peace. 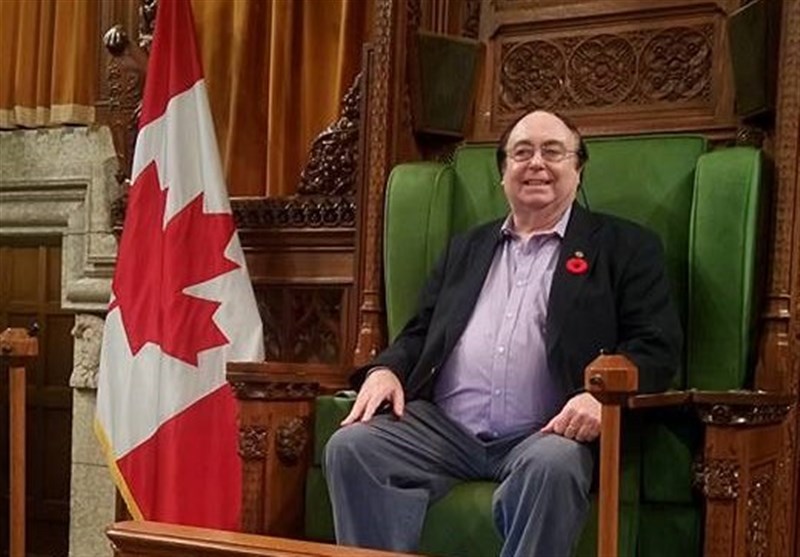 TEHRAN, Young Journalists Club (YJC) - “The United States, Britain, and France have been selling billions of dollars of arms to the Saudis and their allies,” Edward Corrigan from Ontario said in an interview with the Tasnim News Agency.

“The US and Britain have laws that prohibit the sale of arms to countries that are involved in wars of aggression,” he added.

“If the US, Britain, and France were to stop selling arms to the countries attacking Yemen this would bring about the necessary pressure to force the attacking parties to negotiate peace,” the international lawyer stated.

The following is the full text of Interview:

Tasnim: More than three years into Yemen’s civil war, over 16,000 civilians have been killed and injured, the vast majority by airstrikes, the UN human rights office estimates, adding that the figures are likely to be far higher. After the US Senate narrowly approved a $510 million first installment of precision-guided munitions to Saudi Arabia last June, the kingdom said it would launch a training program to reduce accidental targeting of civilians in Yemen. But in the year since that announcement, civilian deaths were 7 percent more than the year prior, UN data shows. In April alone, there were 236 civilians killed and 238 injured — the deadliest month this year so far. A UN report in June found 1,316 Yemeni children were killed or injured last year, and that more than half of the casualties resulted from airstrikes. What is your assessment of the heinous crimes committed by the Riyadh regime and its backers, mainly the US?

Corrigan: Virtually every human rights organization has condemned the Saudi-led coalition attacks against Yemen. The claim that Saudi Arabia and its allies are trying to avoid civilian causalities is a lie as the number of civilian deaths has gone up. There is no UN Security Council Resolution authorization military action against Yemen. There is no legal justification for the Saudi and UAE and their allies’ attacks on Yemen. The United States, Britain, and France have been selling billions of dollars of arms to the Saudis and their allies. The US and Britain have laws that prohibit the sale of arms to countries that are involved in wars of aggression. However, they are more interested in making money than in human rights. Clearly innocent civilians are bearing the brunt of the attacks which have created the largest man-made humanitarian crisis on the Planet. To date over 600,000 have been killed or injured. The country is on the verge of mass starvation.

Tasnim: The United Nations has made a muted response to the Saudi-led coalition’s crimes in the Arabian Peninsula country. What do you think? What role can the international community play in protecting the lives of the oppressed people of Yemen?

Corrigan: There is a definite role for the International community to bring about the end of the conflict. The UN Security Council should pass a resolution to bring about the end to the attacks and to urge the parties to resolve their differences peacefully. However, this option is unlikely due to the veto power that the United States, Britain, and France have at the Security Council. If the US, Britain, and France were to stop selling arms to the countries attacking Yemen this would bring about the necessary pressure to force the attacking parties to negotiate peace.

Tasnim: Saudi Arabia said it was suspending oil shipments through the Red Sea’s Bab al-Mandeb strait, one of the world’s most important tanker routes, after Yemen’s Houthis attacked two ships in the waterway. Yemen’s Houthi Ansarullah movement - which has joined hands with the country's army against the Saudi-led coalition - says capital cities of the alliance will be “no longer safe" from missiles fired in retaliation for the massive attacks on Yemen. What do you think about the deterrent power of Yemen's Houthis and how do you predict the future of the protracted war?

Corrigan: One of the main reasons why the Saudis, the UAE, and their allies have attacked Yemen is due to its strategic location and that Yemen and the Houthis can shut down the flow of oil through the strategic waterway. To my knowledge, the Yemen army and their Houthi allies have not attacked the oil tankers passing their border. Now the Houthis and their allies have escalated their attacks on the oil tankers and have also attack ARAMCO production facilities in Saudi Arabia. This is in response to the massive attacks on Yemen's infrastructure, food production and the blockade that is preventing medicine, food and fuel supplies from entering Yemen and the attacks against Yemen's civilian population. The conflict is in a stalemate with neither side having the ability to defeat the other. Hopefully, sanity will prevail and the parties will resolve their differences through peaceful negotiations.