TEHRAN, August 3 - More than 130,000 people have been evacuated to shelters as a tropical storm slammed into Shanghai. 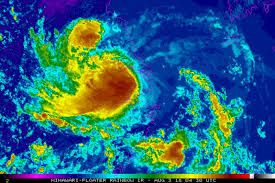 TEHRAN, Young Journalists Club (YJC) - Downgraded from a typhoon, Tropical Storm Jongdari arrived in the Chinese financial hub on Friday morning packing powerful winds. It is expected to gradually weaken as it moves westward into the Yangtze River delta.

It had earlier disrupted transportation and knocked out power to thousands of homes in Japan, leaving at least 16 people injured. There were no immediate reports of damage in Shanghai, although 151 flights at the city's two airports had been cancelled and 122 parks across the sprawling urban area had been closed.

Jongdari, which means skylark in Korean, is the 12th typhoon of the season.