TEHRAN, August 4 - United Kingdom immigration authorities are to deport a young prodigy in chess who has represented England as an Indian migrant. 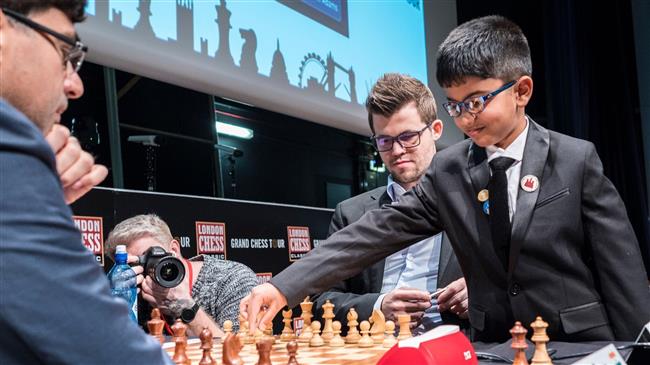 TEHRAN, Young Journalists Club (YJC) -Reports on Saturday suggested that the Home Office had rejected increasing calls to allow the Indian family of Shreyas Royal to stay in the UK, saying the nine-year-old, who is ranked number four in the world in his age group, should return to India when his father’s visa expires next month.

Shreyas has lived in London since the age of three. He has represented England internationally and is believed to have a bright future. The English Chess Federation has recognized him as the country's greatest chess prospect in a generation.

Activists and members of the British parliament have called on the Home Office to allow the family of Jitendra Singh, Shreyas’ father, to stay in the UK.

“The UK should always encourage the world's brightest, most talented people to work and make their lives here,” wrote two MPs in their call on the home office.

However, Singh's visa can only be extended if he earned £120,000 a year, which he does not. The IT project manager said his employer wants him to continue working for them in the UK on his current salary and there was no mechanism in the immigration rules to allow him to apply to remain in the UK.

The home office said it assessed every case on its own merits.

“Every visa case is assessed on its own merits in line with immigration rules,” it said in statement.

Shreyas’ case comes amid increasing restrictions on the arrival and relocation of refugees in Europe. Britain, which is set to leave the European Union by March, is expected to introduce even more restrictions on migration when out of the bloc.