No US govt. involvement in drone attack against Venezuela president: Bolton

TEHRAN, August 5 - A senior White House official has denied any US involvement in an assassination attempt on Venezuelan President Nicolas Maduro during a military parade in Caracas. 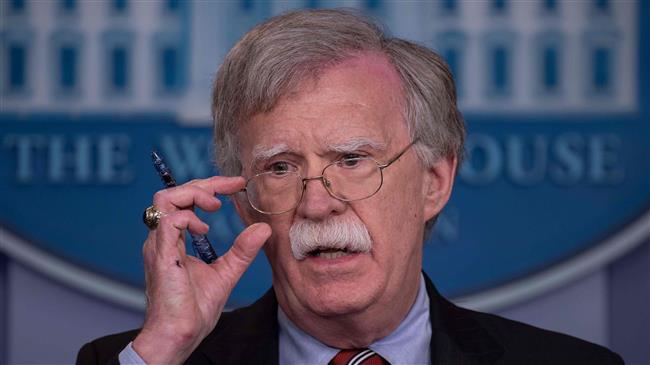 TEHRAN, Young Journalists Club (YJC) -"I can say unequivocally there is no US government involvement in this at all," said John Bolton, national security advisor to the White House, in an interview with "Fox ews Sunday".

He noted that no Americans have been injured in the drone attack and expressed his country's readiness to "take a serious look at" any Venezuela's "hard information" of a potential violation of US law.

"If the government of Venezuela has hard information that they want to present to us that would show a potential violation of US criminal law, we will take a serious look at it," the White House advisor pointed out.

Bolton said the Venezuelan president "has blamed the United States," but the US officials denied the accusation.

Venezuela's president and his wife as well as top government officials escaped unharmed from the assassination attempt, which was carried out with explosives-laden drones. However, the government said seven soldiers were wounded.

The Venezuelan president often claims that the United States, which has imposed sanctions against officials in his government, is orchestrating attempts to topple him as part of a wider offensive against Latin American leaders defying the US hegemony.

Bolton further said he had spoken to the US charge d'affaires in Caracas and that he was informed that the embassy was secure and American staff "accounted for."