TEHRAN, August 5 -The Israeli military says its aircraft has conducted airstrikes on the northern parts of the besieged Gaza Strip, claiming it hit targets over “arson balloons.” 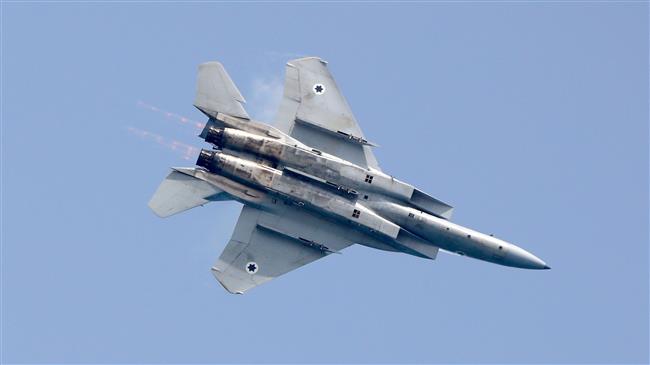 TEHRAN, Young Journalists Club (YJC) - According to a brief statement released by the occupying regime’s military on Sunday, the aircraft “fired towards a vehicle that” allegedly served for “launching arson balloons” inside the occupied territories.

It added that the aircraft, a warplane according to some sources and a combat drone according to others, also fired another rocket at a gathering of Palestinians purportedly “launching arson balloons from the northern Gaza Strip into Israel.”

The Gaza Health Ministry confirmed the airstrikes and said that at least four Palestinians had sustained injuries in the aerial aggression.

Flying kites and balloons have become a new mode of resistance since Palestinians began their weekly protests near a fence separating the Gaza Strip from the occupied territories on March 30.

The protests peaked on May 14, when some 40,000 Gazans protested along the fence on the same day that the United States opened its embassy in Jerusalem al-Quds in a provocative move.

Israeli snipers and special troops have shot and killed more than 150 peaceful Palestinian protesters, sparking international outcry over the disproportionate use of force. Nearly 15,000 other Palestinians have sustained injuries, of whom at least 360 are reportedly in critical condition.

Gaza has been under an Israeli siege since June 2007. The blockade has caused a decline in the standards of living as well as unprecedented levels of unemployment and unrelenting poverty.