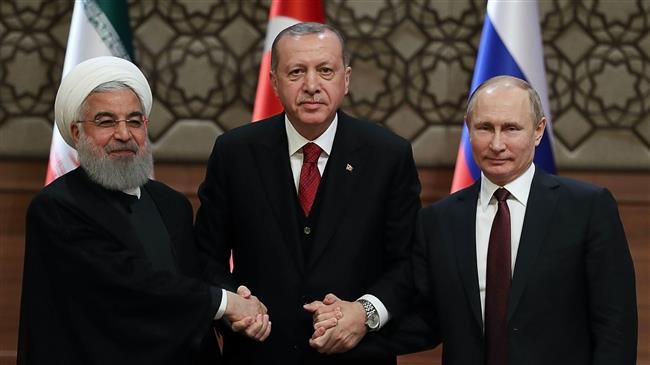 The $716-billion bill known as the John S. McCain National Defense Authorization Act was passed by the US Senate on Wednesday and then went to President Donald Trump, who is expected to sign it into law.

The legislation necessitates "a continuous and enduring presence" of the US contingent, special operations forces and military equipment in Estonia, Latvia, and Lithuania, the three Baltic states located on Russia's western border.

Professor Petras told Press TV on Sunday: “I don’t think anything is new in that [version] of the proposed bill. I think the US has been hostile to Russia ever since Putin reconstructed the economy and put an end to the pillage of the oligarchy underneath Yeltsin’s rule. The fact that Russia today is a sovereign country; it has its own economy, its own defense system, and no longer is being exploited by the US and its oligarchs.”

“The same is true of China which has a major contribution to the world economy today and is out-competing the US in world markets, and is subject to US tariffs and economic warfare,” he stated.

“So I think the major proposed legislation is the continuation and extension of US policy. And I think that it attempts to control Turkey and and Turkey’s growing independence and looking toward better relations with Russia, the BRIC [BRICS] countries and Iran is another reason why the US is angry and threatening Turkey with a hostile policy if it diversifies its source of military aid and military purchases," he added.

“So I think this is part of a general strategy out of the US Congress to try to reassert its domination and to further the interests of the US Empire building,” Petras concluded.