TEHRAN, August 6 - Iran has condemned the assassination attempt on Venezuelan President Nicolas Maduro, saying the failed bid was aimed at spreading insecurity and instability in the South American country. 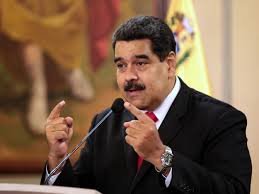 TEHRAN, Young Journalists Club (YJC) - "We regard this measure as a move in line with causing instability and insecurity in this country and in the interests of enemies of the Venezuelan government and people and strongly condemn it," Iranian Foreign Ministry Spokesman Bahram Qassemi said on Sunday.

Venezuela's president survived the assassination attempt, which was carried out with explosives-laden drones.

Referring to the Saturday night incident as an "attack," Venezuelan Information Minister Jorge Rodriguez said that top government officials alongside the president had also escaped unharmed.

An unknown rebel group claimed responsibility for the failed assassination attempt against Maduro, which the president himself earlier blamed on Colombia.

The Colombian Foreign Ministry denied any involvement, saying the allegations were “absurd” and “lacked any foundations.”