TEHRAN, August 6 -Lawyers for Paul Manafort, the former campaign chairman for U.S. President Donald Trump, will face a major test on Monday when they cross-examine an accountant who testified that she helped Manafort to prepare fraudulent tax returns. 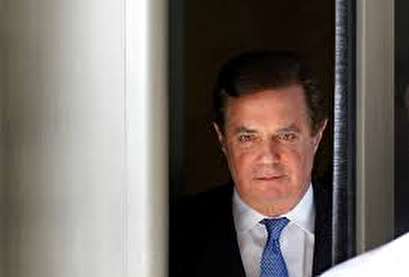 TEHRAN, Young Journalists Club (YJC) -Lawyers for Paul Manafort, the former campaign chairman for U.S. President Donald Trump, will face a major test on Monday when they cross-examine an accountant who testified that she helped Manafort to prepare fraudulent tax returns.

The jury in the Alexandria, Virginia, trial heard testimony on Friday from Cynthia Laporta, who described how Manafort and longtime business associate Rick Gates doctored financial statements and backdated loans.

Manafort has pleaded not guilty to 18 counts of bank and tax fraud and failing to disclose foreign bank accounts. The charges largely predate his five months on the Trump campaign.

Since the trial started on Tuesday, Manafort’s lawyers have kept their cross-examinations brief and at times shied from addressing seemingly damaging testimony in detail.

But Laporta’s testimony raised the stakes for Manafort, legal experts said. Testifying under immunity, she was the first witness to admit she knew accounting maneuvers Manafort and Gates requested of her were wrong and could be crimes. One accounting trick saved Manafort $500,000 in taxes, she said.

David Axelrod, a former federal prosecutor who is now a defense attorney, said Manafort’s lawyers need to hammer home that Laporta received immunity for providing potentially incriminating evidence against Manafort, and highlight her own admission that she went along with the accounting for fear of losing a lucrative client, an acknowledgement she lied for money.

“You make her say ‘I lied’ as many times as you can,” Axelrod said.

Judge T.S. Ellis told Manafort’s lawyers on Friday they could dig into Laporta’s immunity agreement on cross. “You’re entitled to go into that in any detail you want to,” he said.

Laporta was the 14th witness called by U.S. Special Counsel Robert Mueller, whose case against Manafort arose out of his investigation into Russian interference in the 2016 U.S. election and possible collusion with the Trump campaign.

The charges against Manafort do not address collusion, although a second trial set for September in Washington could reveal new information on that issue.

Contradicting earlier statements, Trump acknowledged on Sunday that his son met with Russians in 2016 at Trump Tower to get information on election opponent Hillary Clinton. Manafort also attended the meeting, along with other campaign aides.

Laporta detailed multiple examples in which Manafort and Gates sought to doctor financial records, first in order to lower Manafort’s taxable income and then later to inflate his income so that he could get bank loans.

Some of the maneuvers were at the request of Gates, while others implicated Manafort, Laporta testified. In one instance Manafort’s signature was on a loan agreement created in 2015 and inappropriately backdated for the 2014 tax year, she said.

Similar to prior witnesses, Laporta testified that Gates and Manafort were in lockstep but that Manafort was in charge.

Shanlon Wu, a former attorney for Gates before he pleaded guilty in February and starting cooperating with Mueller, said Monday would be a critical test of the defense’s strategy of pinning the wrongdoing on Gates.

“They must make headway in separating Gates and Manafort,” Wu said. Wu said he was speaking as an observer now that he is no longer involved in the case.

Laporta was one of five witnesses granted immunity for the trial. The other four include an insurance agent, two bankers who worked on mortgages for Manafort, and Conor O’Brien, a former assistant to Laporta at the accounting firm KWC.

Given the impact of Laporta’s testimony, it is now unlikely the prosecution will call O’Brien to the stand, according to a person close to the case. That could change if Laporta’s credibility is undermined on cross, the person said.

While taking some of the sting out of Laporta’s testimony could prove useful to the defense, the more important challenge will be undercutting Gates, who as part of his plea deal admitted to helping Manafort evade taxes and mislead banks to get him loans. Gates said he did so at Manafort’s direction.

Gates is expected to testify this week.

“The real fireworks are going to come when Mr. Gates is on the stand and is crossed,” said J. D. Evans, a retired attorney from Virginia who attended the trial last week.