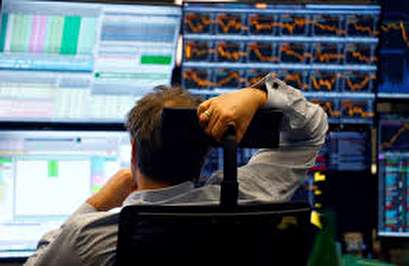 The reports sought to reassure investors about Chinese economic strength as the dispute continues to rattle financial markets and raises worries about the impact on the real economy.

The pan-European share index rose 0.22 percent while Germany's DAX .GDAXI gained 0.64 percent and France's CAC 40 .FCHI 0.23 percent. The autos sector .SXAP, which has been a proxy for investors' worries over higher tariffs, led the gains.

The rise in German shares came despite the biggest plunge in German industrial orders in nearly 18 months.

The MSCI world equity index .MIWD00000PUS, which tracks shares in 47 countries, edged down 0.08 percent, with more than 1 percent drops in the main Chinese indexes.

Despite the better mood in European trading hours, the trade conflict between the U.S. and China remains a live and dominant theme for markets.

“In his latest Twitter tirades and his latest appearances in front of his supporters the U.S. president has indicated something akin to a ‘strategy’ behind his trade war policy,” Commerzbank said. “The trade war will remain in place regardless of how much the Chinese cave in.”

China proposed tariffs on $60 billion worth of U.S. goods on Friday and a senior Chinese diplomat cast doubt on prospects of talks to resolve the row.

Trump has said his strategy of placing steep tariffs on Chinese imports is “working far better than anyone ever anticipated”, citing losses in China’s stock market. He predicted the U.S. market could “go up dramatically” once trade deals were renegotiated.

Worries about trade were evident in currency markets, with the dollar edging towards a one-year high.