TEHRAN, August 6 -An Iraqi court has sentenced a French man and a German woman to life in prison for their membership in the Daesh Takfiri terrorist group, some seven months after Baghdad announced that the terror outfit lost all of its urban bastions in the war-ravaged Arab country. 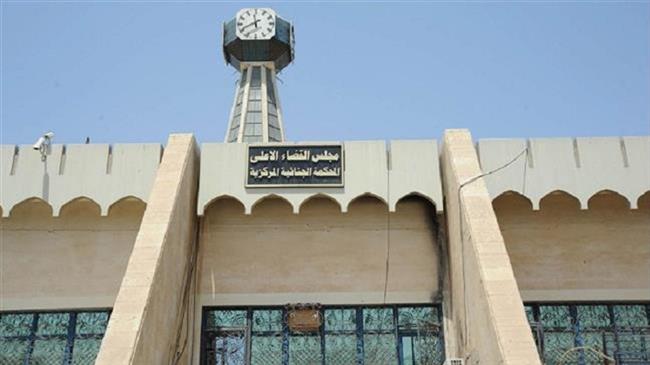 Judge Suhail Abdullah, however, added that the sentences could be appealed.

The Judicial sources said that the German citizen had already been sentenced to a year in prison for entering the Arab country illegally.

In Monday’s hearing, embassy staff and interpreters from both France and Germany were present.

Iraq is trying hundreds of suspected Daesh members, many of whom were detained as the outfit’s strongholds, such as Mosul, crumbled throughout Iraq. This includes hundreds of foreigners.

Back in early June, an Iraqi court sentenced Melina Boughedir, a French woman, to life in prison for her suspected membership in the Daesh terror group

Arrested in the summer of 2017 in Mosul, the former de facto capital of Daesh in Iraq, she was initially sentenced to seven months in prison by a court in February for “illegal” entry into Iraq and was set to be deported to her home country. However, another court ordered her re-trial under Iraq’s anti-terrorist law and June 3 she was found guilty of being a member of Daesh.

Some 20 foreign women, including nationals of Turkey, Germany and Azerbaijan, have so far been sentenced to death in Iraq.

Hundreds of European nationals traveled to the Middle East to join Daesh after the terrorists captured large swathes of territory in Iraq and neighboring Syria in mid-2014. The terror group, however, is now far from its heydays.

Back in December, Baghdad declared victory against the group, stressing that it had lost all of its urban strongholds. In Syria, Daesh has no longer in control of any urban bastions for months and its sporadic presence in the Arabic country is quickly shirking against the advancing government troops.